Why do the Japanese eat KFC at Christmas? 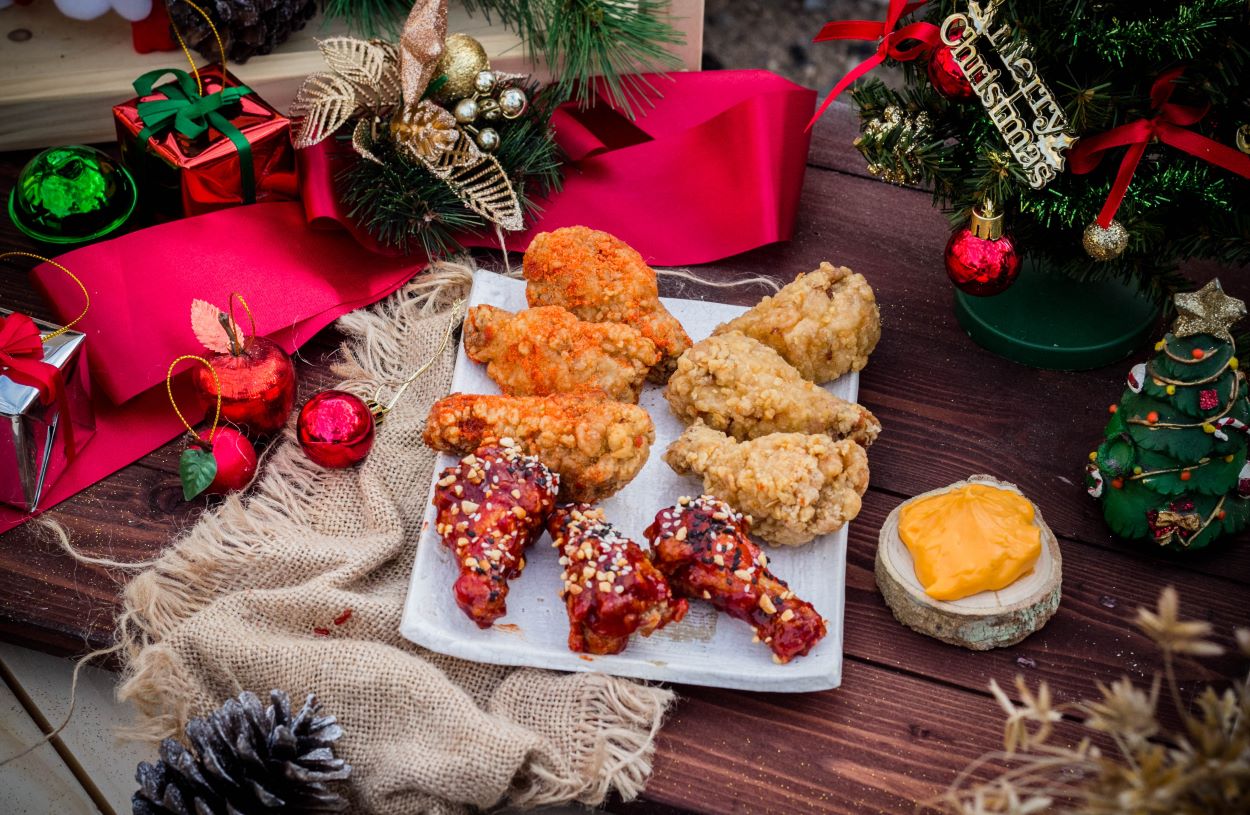 In Japan, the custom of eating KFC at Christmas is so popular that lines of people are seen snaking out of branches across the country, and some even reserve their chicken buckets in advance to make sure they don't miss out.

In fact, fried chicken has become such a popular holiday tradition in Japan that some of its restaurants are literally booked up months in advance.

Only around 1% of the population of Japan claims to be a Christian, although Christianity does have quite an influence on Japanese culture, mainly through weddings.

So Christmas is not particularly celebrated in the religious sense, and most workplaces don’t close. But celebrations have taken off over the last few decades, with Christmas light displays and marketing campaigns for gifts.

Christmas Eve is also important for couples, being an equivalent to Valentine’s Day with dates at restaurants booked months in advance, and much significance put on who you spend your time with around the holiday.

Many also have Christmas parties, with fried chicken and cake. Santa-san also makes an appearance, with children going to grottos and waiting eagerly at home for his presents!

KFC, then known as Kentucky Fried Chicken, has been part of the Japanese fast food scene since its first restaurant opened in 1970, the first of its kind in Asia. It opened after four years of negotiations with the Mitsubishi Corporation, which now owns majority control of KFC Japan.

For an outside corporation to open in Japan they need to partner with a Japanese company. For example, Tokyo Disneyland was only able to open after Disney collaborated with The Oriental Land Company.

KFC first tried to emulate the way they function in America, opening stores in the suburbs, advertising to families and keeping the same building design. This didn’t particularly work, with Japan not being particularly car orientated, families didn’t travel out to the locations, and passersby didn’t recognize the building as a restaurant.

After researching more, KFC then started the strategy that has been a colossal success, concentrating locations to train stations and other places students will pass on their way home. Japan is now KFC’s third biggest market after China and the United States.

Turkey is hard to get hold of in Japan. Takeshi Okawara, then a store manager and later to become the CEO of KFC Japan, came up with the idea of the Christmas party barrel. There are stories of a group of foreigners living in Japan going into one of the branches to get chicken on Christmas as they couldn’t get their traditional turkey.

After hearing about expats plans for a chicken substitute for Christmas, KFC decided to invest thousands of yen in a new marketing campaign.

This is somewhat disputed, but Takeshi Okawara was definitely determined to save his branch (and KFC in general), that was not doing well until he dressed up as Santa and handed out chicken at a kindergarten Christmas party.

His Christmas party barrel saved his branch, and was spread to all the KFC locations. The campaign called ‘Kentucky for Christmas’ was an immense success, with KFC reporting special Christmas parcels can account for up to 40% of the company's annual sales in Japan.

The 2019 offering contained shrimp gratin, cole slaw, and triple-berry tiramisu cake along with the chicken.

Colonel Sanders himself was a big part of the marketing campaign. Known as Kenta-kun, each branch has a life-size model of him, and with his beard and jolly demeanor he has been somewhat conflated with Santa in the Japanese consciousness.

The models are now dressed up as Santa-san every year as part of the store decorations. The ‘Kentucky for Christmas’ mantra even has bled into other parts of Asia, with millions of people now enjoying chicken each Christmas.