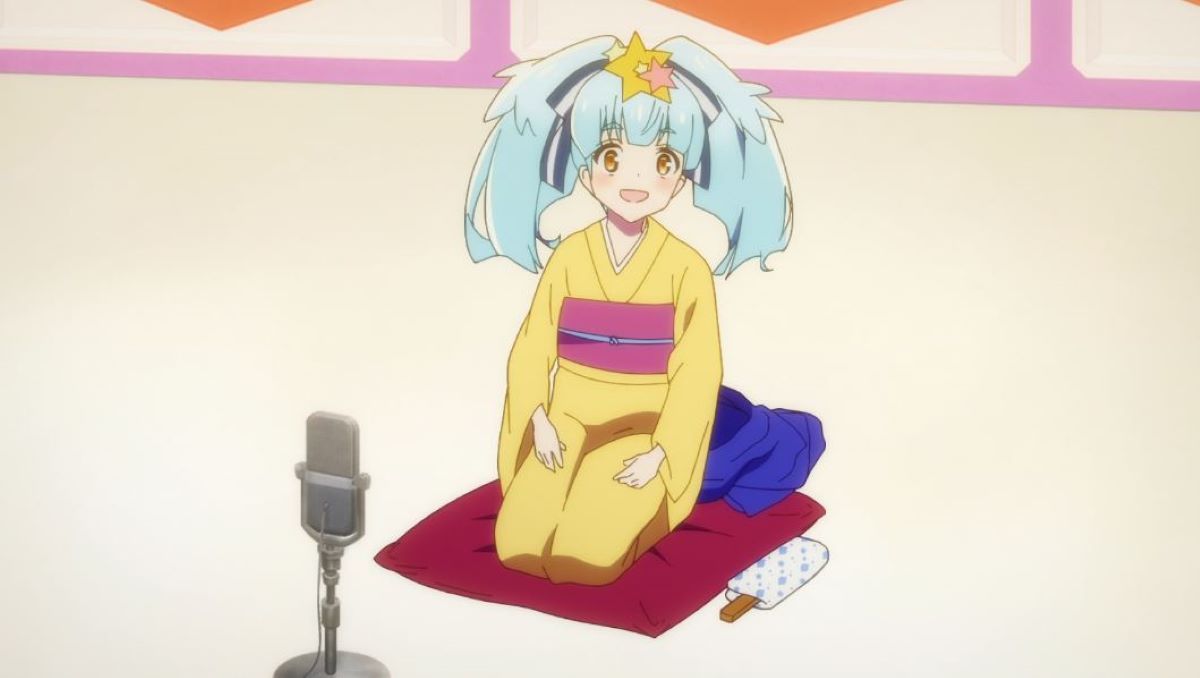 Japan has a rich history of unique and beautiful artforms. One of these has come to the forefront for otakus worldwide recently as the wonderful Lily from Zombieland Saga performs for a reality show. What she does is a form of Japanese verbal entertainment known as rakugo.

Rakugo is a form of storytelling performed in a theatre by one person. They sit seiza style (with their bottom on their feet), and the whole performance is completed in this position on the stage. They tell a tale simply using their voice, actions, and some minimal props, usually a fan and a cloth.

The stories told include dialogue of two or more characters, and the performer differentiates characters simply with pitch, tone, inclines of the head, and facial expressions. The stories vary in content, but they all contain humorous parts and are also usually somewhat sentimental. Lily, in fact, makes the judges of the competition (and the majority of the audience) cry at one point. They can also be slightly risque. Each story ends with a punch line, usually a pun or a play on words.

There is an extensive library of established tales to choose from; each rakugoka (the performer of rakugo) adds their own flair and often adds small details or changes the punch lines slightly. Rakugoka memorize all of the known stories, which is only part of the true art the performer displays.

Not only do they recite whole tales, but they also bring the characters and action fully to life with only their voice and minimal movement.

Lily performs a story called Kowakare. A child is the hero of this yarn, helping their warring parents to reconcile. The punch line is -
Mother - ‘You are the nail that holds this family together.’
Child - ‘I’m a nail? That must explain why you let me have it with that hammer yesterday!’

Rakugo is thought to have roots in Buddhism, with monks from the ninth century using the techniques of the performance to make their sermons more interesting. Gradually this turned into secular entertainment, with even some of the tales written down making them easier for actors to memorize.

The term rakugo was not used until relatively recently, during the Edo period the actors were known as ‘hanashika’, which simply means ‘storyteller’. Rakugo means ‘falling words’ and wasn’t generally used 1900s.

Older masters of the art still teach apprentice rakugoka. Some current comedians trained in rakugo, and even continue to use the stage names they took as performers. Katsura Shijaku II is a particularly famous rakugoka, as he was the first to perform in English.

Now there are even some foreigners that perform rakugo, both in Japanese and in English. Katsura Sunshine even has a Youtube channel with videos of his performances.

For more on the art of rakugo, watch the anime Showa Genroku Rakugo Shinju.

Isekai is an enormously popular and variety genre, but what exactly is it and where did it come from?