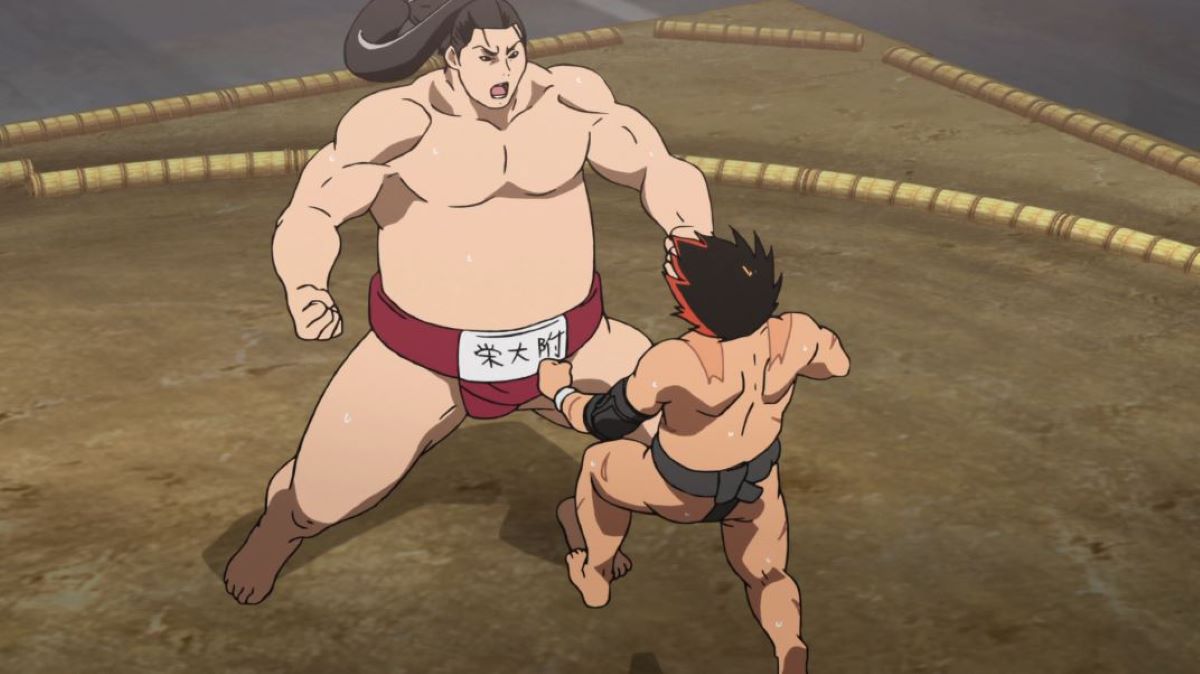 Anime can often give us a glimpse of unique aspects of Japanese culture. With a vast history of traditional sports and games, there’s a wealth of mentions in anime of these pursuits that are mostly unknown outside the archipelago. Some anime are even entirely focused on a particular sport or game, giving the audience a whole lot of information about these hobbies. Let’s find out more about these traditional hobbies using anime!

Sumo is probably the most iconic Japanese sport. The origins of sumo are founded in the Shinto religion, and the sport includes many essential traditional elements, including the diet of the wrestlers and how they dress and behave. Matches occur in a ring; if an opponent steps out of the ring or if any part of their body except the soles of their feet touch the ground, they lose.

A fantastic anime to watch if you are interested in sumo is Hinomaru Sumo. A wonderful tale of taking on the world because you have a big dream, with lots of details of how sumo wrestling works. Haled by some as one of the best sports anime in years, it is educational and exciting. For even more information about sumo, try Little Miss Sumo, a documentary available on Netflix.

Karuta uses a deck of cards, each with a poem written on them. These are a collection of 100 waka (short poems with the same meter pattern), which are spoken in random order by the reader. The two players face each other, and they each have 25 cards arranged how they please in front of them, laid on the tatami mat. The remaining 50 cards are not in play.

As the reciter reads cards, each player tries to take the corresponding card being read before their opponent. If a player takes one of their opponent’s cards first, they transfer one of their cards to the other side. The aim is to get rid of all your cards. Matches at the top level are traditionally played on New Year’s Day with the players wearing hakama.

Chihayafuru is an anime about high school students setting up a karuta club and competing at a high level in this fast-paced card game. Who would have thought that an anime about an obscure game only played in Japan would be so universally beloved? Well, brilliant characters and thorough yet uncomplicated explanations of the game go a long way.

The pure love of the game really shines through in Chihayafuru, along with the game’s real pressure and surprising physical aspect. Amazingly the anime even manages to tackle difficult subjects such as breastfeeding in public in a sensitive way.

Kendo is a Japanese martial art. It can be translated as ‘way of the sword’, and kendo is bamboo swords, along with specialized protective armor. It is often taught in schools as part of general gym class and in school clubs and specialized dojos. Kendo aims to mold the mind and body through spiritual discipline.

Competitors fight one-on-one, and striking parts of the body to score points. But strikes are judged on the participants displaying high spirits and a showing they are in a state of zanshin. This is a personal state of constant awareness exhibited in posture and movement.

High-spiritedness is shown with shouts and stamps while striking. Kendo can be found in plenty of anime, but for an entire anime focussed on kendo, try Bamboo Blade, the story of a high school kendo team as they try to help their teacher win a bet!

Shogi is a board game, a Japanese variant of chess. It is also known as the Game of Generals, as Shogi literally means the general’s board game. Instead of traditional chess pieces, flat wedge-shaped pentagonal pieces are used, each with a kanji lettering to distinguish them. There are also various differences in gameplay, mainly that taken pieces can be returned to the board by the capturing player.

In March Comes in Like a Lion, we have an anime all about shogi at the professional level. It contains many details of how the game works, even with a section explaining the very basics as the main protagonist Rei tries to teach shogi to quite a young child.

Much of the anime is highly emotional, as Rei is a very lonely character due to past trauma and his current strange family arrangement. It packs a rather unexpected punch for a show based around a board game!