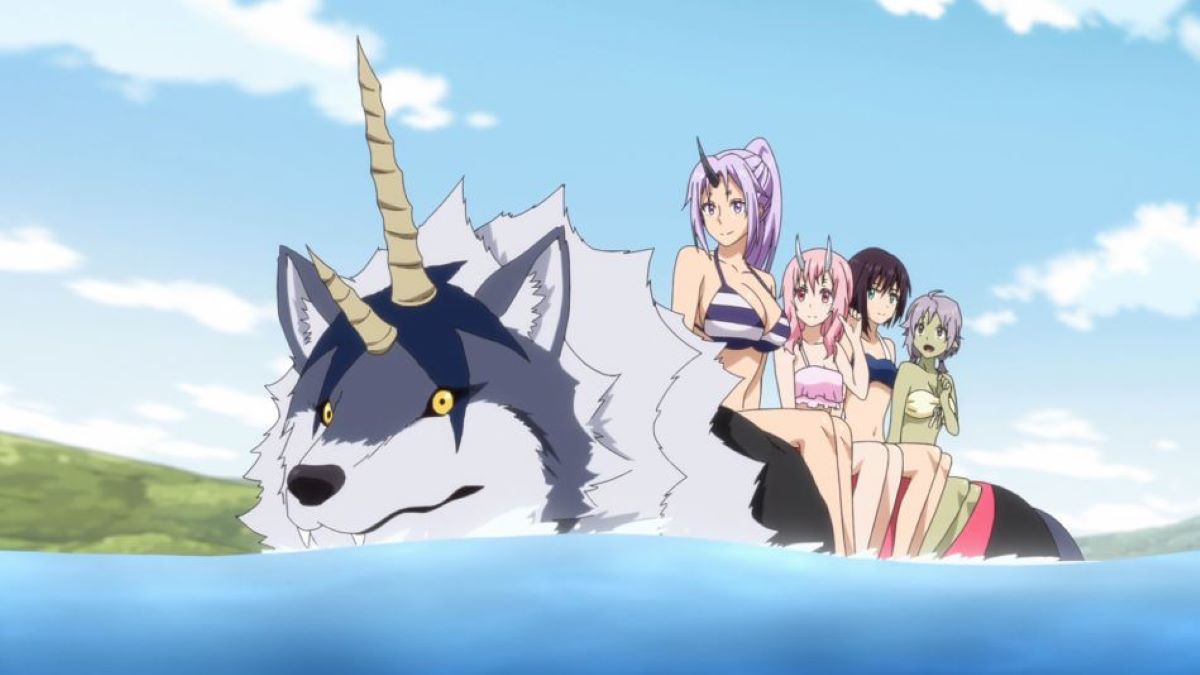 With the second season of That Time I Got Reincarnated as a Slime in full swing, let’s revisit some of the amazing girls we love from the anime!

The incredibly busty ogre, she’s taken on the role of Rimuru’s secretary and bodyguard. Even though she ranks lowest among the ogres, she’s still an immensely talented fighter, wielding an enormous sword. She is incredibly beloved in Jura Tempest Federation and even has a fan club, but Rimuru is the sole object of her affection.

In contrast to Shuna, she is seen as clumsy and often somewhat simple and relies solely on her strength instead of being refined and graceful.

Pink hair, don’t care! An enormously powerful being, despite her tiny physique. She’s a Demon Lord and is, more powerful than Rimuru. The only reason she didn’t defeat Rimuru entirely is during their first battle is because he gives her some honey, and it turns out Milim loves sweets!

From that moment on, Milim calls Rimuru her ‘bestie’, and she turns out to be a beneficial ally, as long as she has enough snacks along the way!

Previously a somewhat androgynous Lizardman, after being named by Rimuru, Souka evolves into a Dragonewt. Along with the other female Dragonewts, she gains a human-like appearance with green eyes, pale skin, and violet hair.

She was the Guard Captain of the Lizardmen Tribe and is sent to Rimuru City by her father, the Chieftain, to improve her skills after the Orc Invasion.

Revealed to Rimuru as his soul mate, he’s astonished to find her so quickly. She’,s also from Japan, having been summoned by Demon Lord Leon Cromwell at four years old. Her last memories are of the bombing of Tokyo during World War II, and she is very grateful to Rimuru for showing her visions of modern peaceful Japan.

She is remarkably powerful and is bound to the Flame Giant Ifrit and became the Majin of flames. But she wishes to remain human and uses her unique skills to hold onto her humanity, even though this brings about her earlier death. She bequeathed her mask to Rimuru and allowed him to absorb her body so he could use a human form.

A seemingly human adventurer, we meet her very early on in the anime. She is a mage, part of the Kaval’s Party along with her teammates Kaval and Gido. She is a very loyal friend and is sad when Shizue passes away, especially as she had helped Rimuru defeat Ifrit.

She is actually the daughter of a Duke, but due to her free-spirited nature she longed to be an adventurer and ran away from her home country.

The princess of the ogre clan, the five other members all long to protect her. She has delicate and graceful looks, with white horns and long pink hair. She tends to wear traditional clothing, often in contrast to Shion.

She has a big rivalry with Shion for Rimuru’s affection, and they are prone to fight over him, even stretching him out on occasion! Shauna is talented at domestic crafts.

A Dryad, she appears before the main characters in the anime, even though a Dryad hasn’t been seen for decades. She’s visually stunning and caused a bit of a stir when she appeared in the Jura Tempest Federation, and can even make Rimuru trip up with her aura of calm and beauty.

She asks for assistance in defeating the Orc Lord, and can even distribute her own brand of ‘devine justice’ when she needs to.

If you love the girls in That Time I Got Reincarnated as a Slime; you can get a Shion figure added to your next box here!