The Contrasts in Albedo from Overlord 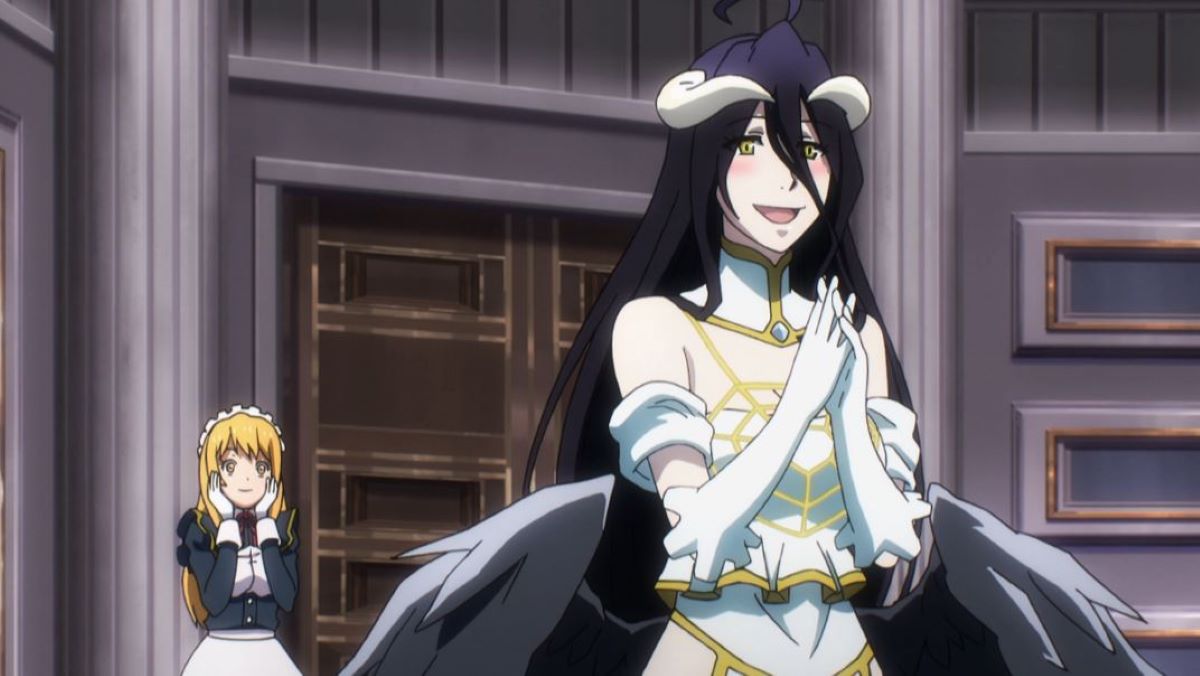 Overlord, the immensely popular isekai series, displays some amazing character designs. One of the most popular is Albedo, the angelic-faced NPC; she is the overseer of the Floor Guardians of the Great Tomb of Nazarick and thus one of the most powerful beings in the game.

As an NPC, Momonga was able to view and change her settings while the game was still active with his administration privileges. She was created by Tabula Smaragdina, who was known for creating characters with contrasting looks and personalities.

Although she looks like a goddess, her original settings were for her to be a ‘bitch’. Despairing over this in what he thought were the last moments of the games, Momonga jokingly changes her settings to ‘deeply in love with Momonga’. Thus begins the main plot point of the series!

Succubi are female demons from folklore that seduce men in their dreams and have sex with them while they are sleeping. This may explain her obsession with Momonga, as her base nature is that of a nymphomaniac. But this characteristic has been erased, leading to all her lusty heart focussing on one man.

Don’t let her slim physique and angelic expression fool you; Albedo is one of the game’s strongest characters. Even able to overpower Momonga when the lust overtakes her. She also has the highest defensive stats and can wield an impressive battle-ax. She is even capable of using magic when needed.

Level-Headed - To a Point

As the overseer of the guardians, Albedo is very organized and makes level-headed judgments. She is intelligent, and her administrative abilities are unrivaled, but she is also good at more domestic chores such as sewing and cleaning.

Her usual elegant smile and graceful poise hide the fact that she can unleash terrible power when she snaps. Her frustration is usually aimed at those she sees as getting too close to Momonga, as her programming causes her to be extremely jealous. She has several fights with Shalltear because of this.

She also shows no mercy to those she perceives to be of a weaker race, namely humans.

A Devotion That Transcends Worlds

Albedo and Momonga both appear in the ultimate crossover anime, Isekai Quartet. Stylized as chibi characters and sent back to high school with the characters from Re:Zero, The Saga of Tanya the Evil, and Konosuba, Albedo remains devoted to her master.

Even if now her worries are significantly different (such as not being paired with Momonga in the test of courage), she remains powerful

Albedo has managed to capture the hearts of many. You don’t need to look far to find a plethora of fanart. Albedo is also the inspiration for a lot of cosplay, including from the Puri Puri Squad over at EcchiToons. She has been one of the most popular figures here at the Otaku Box, you can even add the albedo figure to your next box here.

Anime is filled with amazing otakus, let’s look at some of the best ones!