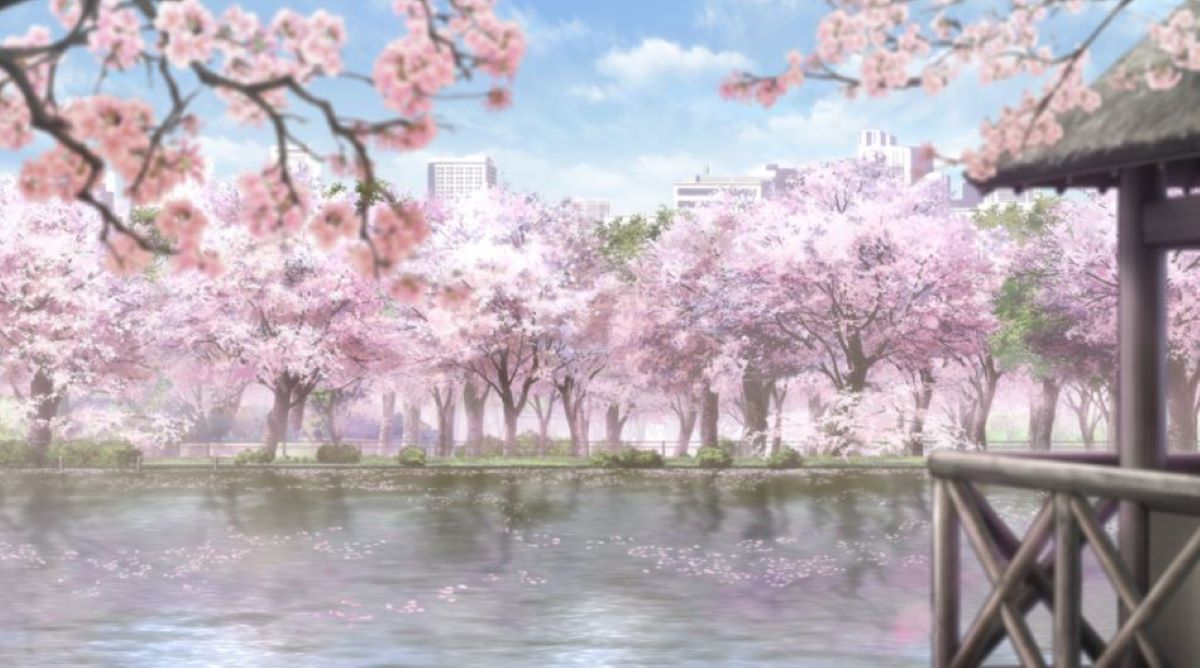 It’s nearly that time of year, when the Japanese school year ends and the sakura trees come into full bloom. As the pink flowers fill the air, it’s time to go on a flower viewing picnic with your loved ones to enjoy the beginning of spring!

Cherry blossoms flower from many trees in the genus Prunus, but the main species known as sakura in Japan is the Prunus serrulata. The trees are mostly bare and sometimes considered ugly for the majority of the year, but burst into magnificent pink or white blossom in the spring.

These blooms entirely cover the branches of the tree, and have been compared to clouds.

Cherry blossoms usually begin to bloom as early as January in Okinawa, the southernmost prefecture of Japan, with the season generally peaking in late March or April in the Honshu region (the main island of Japan, where the majority of the large cities are located).

In the very north the blossom can last until mid-May.

The blooms do not last long, only up to 10 days, so the Japanese Meteorological Agency tracks and makes local announcements concerning the ‘cherry blossom front’ as it moves north so the public can plan their flower viewing.

The majority of Japan will enjoy some blooms at the end of March, coinciding with the break between the school years.

To complement the experience of seeing the beautiful Sakura trees, there are many festivals taking place in different parts of Japan. During these cherry blossom festivals, the magnificent flowers are the main attraction, there may also be traditional Japanese performances, tea ceremonies, and local food on sale.

Special tours can even be booked, some lasting days and travelling north with the ‘cherry blossom front’ and offering a variety of flower viewing and other delights.

Hanami, the act of drinking (usually sake) under the blossoming trees, was first recorded in the Nara period (710 - 794), but it didn’t become an established practice among common people until around the 1600s.

Now, people gather with loved ones in parks, shrines, river banks, or anywhere with a view of the blossom and have a picnic. It is seen as a great chance to relax and enjoy the changing of season, and still often involves alcohol!

The food consumed can be anything, and special flower viewing bentos can be purchased. The best spots are highly prized, and need to be staked out in advance.

Spring is the time for new beginnings and rebirth the world over, but sakura holds a special place in Japanese culture. They embody the idea of ‘mono no aware’. This is the appreciation of fleeting beauty as part of the cycle of life, and rooted in Buddhist ideals.

Blossom has often been used symbolically, as it is associated with beauty, volatility, beginnings and mortality, even being used in propaganda during the World War II to stoke ‘Japanese spirit’.

The design for the mascot of the 2020 Summer Paralympics was inspired by cherry blossoms, and is called Someity, after the Somei-yoshino variety of cherry tree.

The Japanese school year starts in the spring, which is quite unusual.

Each country has their own unique date for the first day of school, but generally it starts in August or September in the Northern Hemisphere, or January for the Southern Hemisphere, pupils returning to a new year of school after the summer holidays (so differs respectively for when summer occurs).

Japan started defining their first day of school in early April in the Meiji period, when the government changed the financial year to start in April. But in the century since this change, the imagery of sakura and the ideas of meeting and farewell have become so deep rooted into the Japanese consciousness, that changing it has become an impossibility.

Many schools, offices and public buildings have cherry trees planted at the entrance. So the blossom flying in the air is very evocative for the Japanese, reminding them of graduating and starting new schools, being a new hire and other important life events.