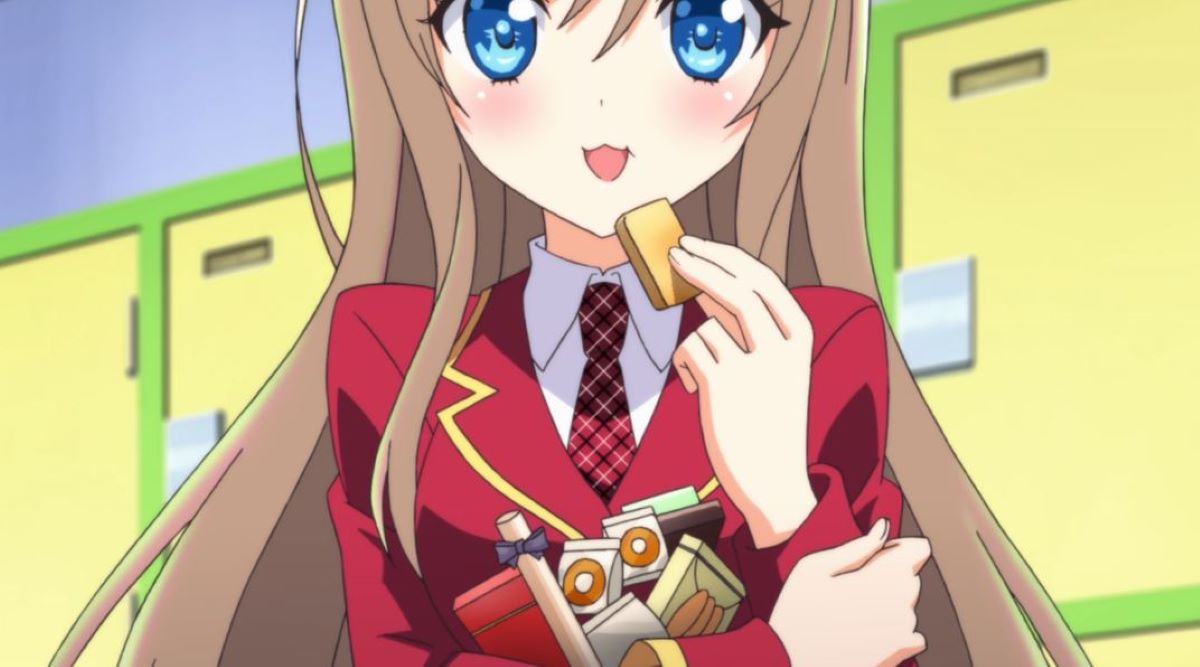 If you are anything like us, one thing guaranteed to make your stomach rumble is the sight of unique Japanese snacks in anime. Even though they usually look great, many of the ingredients are entirely unknown, and the flavors are unusual to a Western audience. Here are some snacks you might have spotted and would possibly like to try!

One of the most well-known and well-loved Japanese snacks internationally, Pocky is an anime favorite. The name Pocky is onomatopoeic, referring to the sound the sticks make when they are broken. The original snack is a simple biscuit stick mostly covered in chocolate.

There are now various flavors available, including matcha, peanut butter, and strawberry. Although uncomplicated, it manages to be delicious and incredibly popular the world over. Pocky is usually available in Asian grocery stores or world food markets but make sure to shop around as prices can vary a lot.

Dango are dumplings made from rice flour. They are shaped into small balls, and several are placed together on a skewer before being fried over a grill. These are sold all over Japan by vendors and can be eaten easily due to the skewer. They are also often served with green tea in tea houses and restaurants.

Many different types of dango are eaten, but one of the most popular, especially as street food, is Mitarashi (the dango pictured). After frying, the dumplings are covered in sweet soy sauce syrup. The snack is known for its characteristic glassy appearance. Various other types of dango exist that are boiled or baked.

Ramune is a brand of carbonated soft drink in a signature bottle. These bottles are glass and have what is known as a Codd-neck. This is a design of bottle used to withstand internal pressure. The neck is pinched, making a small chamber where a marble is placed. Original Ramune is lemon-lime, but the brand is known for its experimental flavors. These include wasabi, curry, and teriyaki.

Ramune is often associated with hot summer days and firework festivals in the popular consciousness.

Shaved ice is a surprisingly popular summer treat. Often a big hit at festivals, it is exactly what it says on the tin. It is made by taking a block of ice and shaving it, putting the shavings in a cup, and then pouring over various toppings. Condensed milk is probably the most common, but a wide variety of fruit flavors are usually available.

A more elaborate version of Kakigōri called Shirokuma is a dessert made by topping shaved ice with condensed milk, fruit, and mochi and resembles an ice cream sundae.

Kakigōri has an extremely long history in Japan, the first shaved ice store was opened in 1869, and it’s possible it was served to the Imperial court in the Heian period (794 to 1185).

Taiyaki are cakes shaped like fish with various fillings. They are generally made with a regular waffle batter and are most commonly filled with red bean paste (sometimes called Anko). This is a paste made by boiling azuki beans and then mashing them and is usually sweetened. Other fillings include custard, chocolate, sweet potato, or even sausage.

Taiyaki is widespread street food in Japan, traditionally made in small batches by vendors. Some brands make versions of taiyaki sold in packages in convenience stores; these are more like cookies.