Shrugging off Terrible Injuries in Anime 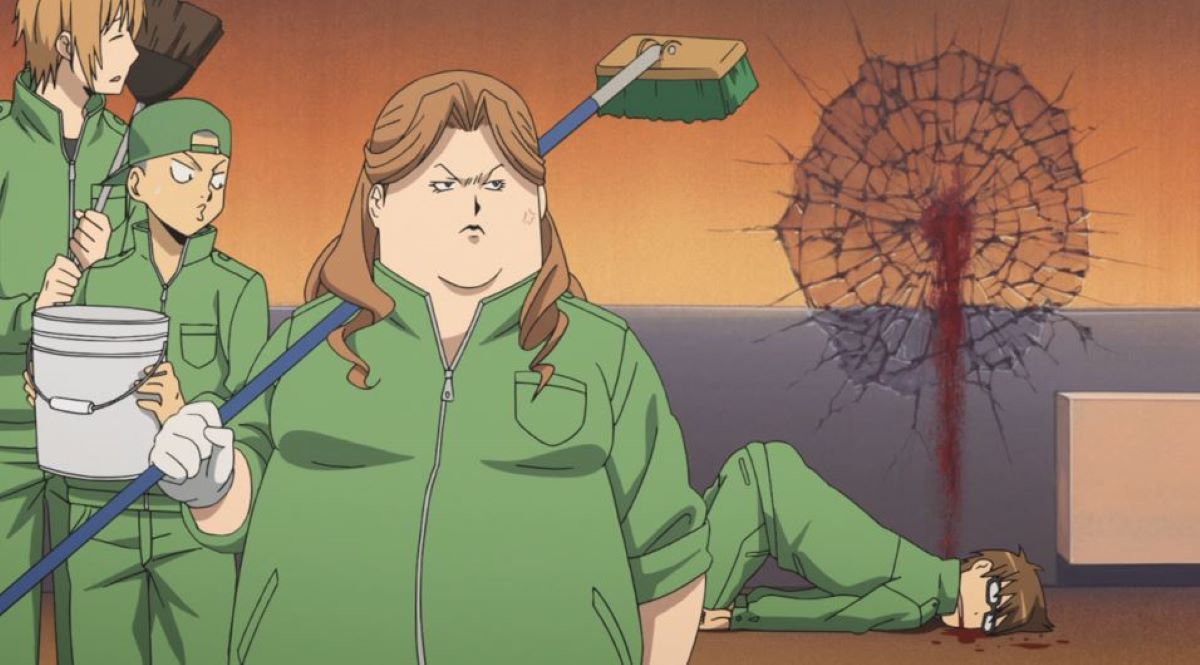 It’s now a standard trope in anime (and in all cartoons), a character will receive a horrendous injury and manage to just shrug it off. Even anime that you might expect to be entirely non-violent, like a romantic slice of life, often contain examples of terrible injuries, sometimes even inflicted by a beating.

These are mostly characterised as amusing, with the receiver of the violence somehow managing to be completely fine within minutes. In a world where you are considered stubborn for not going to the hospital when you have a minor fever and most people are terrified of catching a cold, how did this injury trope come about?

Strength is often expressed in how well you recover from a terrible injury, and in many ways more impressive than the infliction of the injury itself. Naruto shows this well, displaying his healing factor many times after beatings, and even fairly easily recovering from poison. And to say Naruto is influential in the world of anime is definitely an understatement.

In Angels of Death (pictured), Zack manages to stand, walk, talk (and even kill) minutes after plunging his enormous scythe into his own guts. After very minor medical treatment he continues in the quest, even carrying Ray at the end.

Hak - known as the Thunder Beast and the strongest man in the kingdom, really lives up to his reputation again and again in Yona of the Dawn. Surviving a barrage of hundreds of arrows and an epic fall down a cliff all while protecting Yona, he does take time to recover, but it is noted that literally no one else would have survived such a feat.

Some people just don’t know their own strength, especially when around a new set of people. All the girls in Monster Musume Everyday Life with Monster Girls regularly hurt Kurusu without a second thought, highlighting the difference between his and their strength.

He mostly just walks it off, even after being thrown through a glass door or being flung so hard into a lamp post that it bends.

The girls don’t seem to think of it as a big deal, but conversely, they are all devastated when he has to stay in bed with a fever.

He mostly just walks it off, even after being thrown through a glass door or being flung so hard into a lamp post that it bends.

The girls don’t seem to think of it as a big deal, but conversely, they are all devastated when he has to stay in bed with a fever.

Not So Lucky Pervert

A beating usually follows any pervert who is caught in the act, be it accidental or otherwise! It's a great way for the victim to get their revenge, but the violence doesn't cause permanent damage.

‍Blend-S has an interesting take on this, as although Dino lusts after Maika, she doesn’t seem to notice. It’s the other girls that retaliate for her, with Mafuyu pictured above enjoying torturing Dino.

It’s tough being in love and not knowing how to express yourself. Also sudden rushes of emotion can be difficult for anyone, but especially tsunderes.

Taiga in Toradora tends to do this a lot, her feelings overflowing out of her in the form of violence.

Some even take the violence inflicted on them as a sign of love, Kashima presuming she must be Hori’s favorite person in the world as he shows her so much ‘attention’ in Monthly Girls’ Nozaki-kun, but that attention is the violent methods he uses to make her to concentrate and do her club work.

Often as soon as a trope becomes a thing people notice, it just has to keep going. Many shows have violent running gags, such as Charmander roasting Ash’s face in Pokémon, or in Charlotte (pictured), Takajou is constantly breaking things and then bleeding out of his head due to the drawbacks in his teleportation ability.

Some shows even enjoy blowing the trope wide open . In Hayate the Combat Butler, upon realising he is bleeding from his head, Hayate comments that it’s not a big deal and he will be fine in the next shot, eluding to the fact that injuries aren’t a big deal in anime.

When this sort of thing happens the trope has definitely reached critical mass!