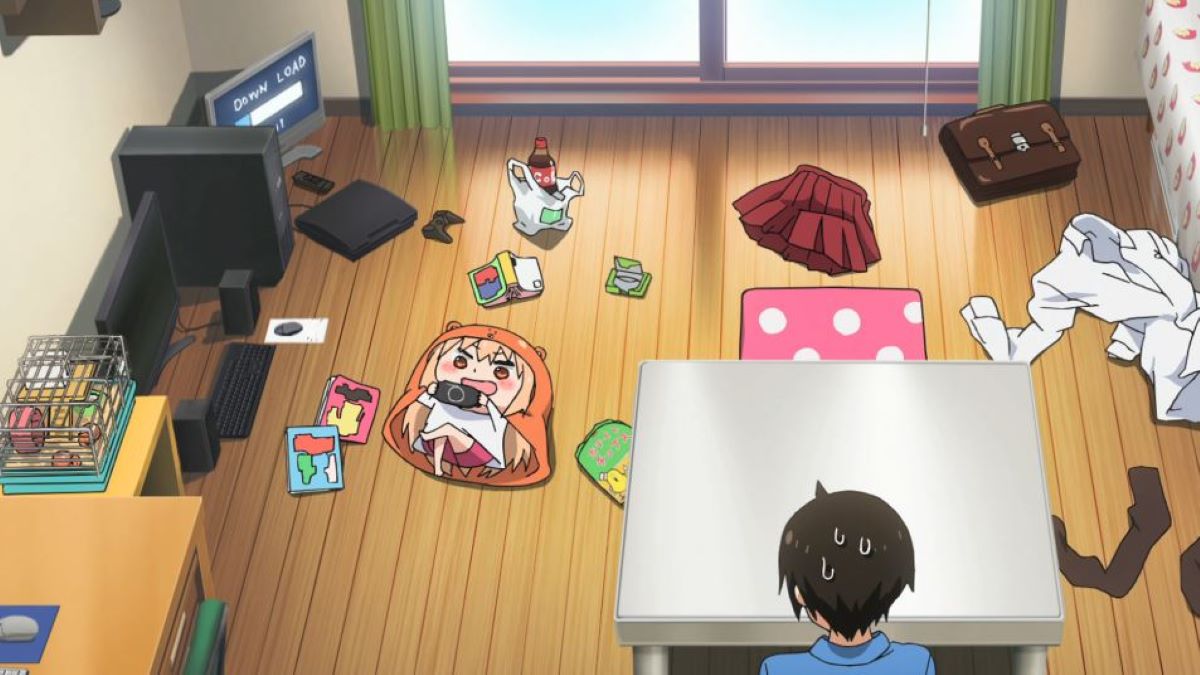 Representation is so important in the media. It feels so great to see someone with a similar background and interests as you reflected on screen. With otakus being the main audience and makers of anime, it’s no wonder it is filled with amazing and varied otaku characters. Here’s some of the best ones who would definitely love the Otaku Box!

Wotakoi: Love is Hard for Otaku

Don’t let the business suits fool you, all four main characters of Wotokoi are hard core otakus. Trying to balance work and love with your overriding passion is difficult though, but luckily they have each other, as friends, colleagues and as lovers.

The variety of interests is a great addition to the show, with Momose producing her own doujinshi, Koyanagi is a big cosplayer, Kabakura a yuri aficionado, and Nifuji is a game fanatic.

Durarara!! follows the life of many eccentric people who live in and around Ikebukuro, including a dullahan, several street gangs and the owners of a Russian sushi restaurant. But seen as the most quirky are Erika and Walker, two epic otakus.

They both love manga and figures, Erika is also a cosplayer and fujoshi. She even has a full ‘maiden moment’ during episode 25 when Shizuo and Izaya fight.

They can often be found driving around in a van with their friends Saburo and Kyouhei or excitedly talking together about the lastest anime.

Umaru is a perfect and beautiful high school girl by day, hard core otaku and himouto by night. As soon as she steps through her door, her whole appearance and attitude changes, suddenly she transforms into a two foot tall layabout who relies on her brother for everything, watching anime, playing games and eating snacks.

When she needs to do otaku activities out of the safety of her apartment (like go to the arcade) she wears a hat in an attempt to hide her face. Her friend and rival, Sylphynford is the opposite. She is a proud otaku, merrily striking victory poses in class and sporting blue hair.

Sylphynford is half-Japanese and was raised in Germany, so being an otaku makes her feel more in touch with Japanese culture.

Kiss Him, Not Me - Kae Serinuma

Kae is such a massive otaku, that she misses a week of school while mourning the death of her favorite character. During this time she hasn’t come out of her room, and when she finally emerges, everyone has a huge shock as she has lost a huge amount of weight.

The boys from her class she’s previously shipped during fujoshi conversations with her best friend, suddenly pay her lots of attention, and soon she’s managed to accrue a small harem. She initially tries to hide her otaku tendencies from them, but that doesn’t last long.

Luckily they all remain friends, and even start to go along with some of her otaku-laden ideas.

Surprisingly, as this anime is about drawing manga, the otaku isn’t the mangaka. Nozaki is a high school manga artist, his assistants are all also high schoolers, and they provide much of his inspiration for characters and plot.

Mikoshiba acts like a playboy, but in reality he doesn’t enjoy being too close to real girls, and he is often greatly embarrassed by the way he acts. He seeks the comfort of the girls in dating sim games, and has a vast collection of bishoujo figures.

He draws the beautiful flowers in Nozaki-kun’s manga, and does manage to get closer to people throughout the series with the help of the other manga assistants.

Nanbaka follows the exploits of four idiot cell-mates of the formidable Nanba prison who each have one particular talent, which helpfully assists in their escape attempts.

But recently he has been trying to escape less often, as Nico is such a hard core otaku, the availability of manga and anime in the jail has quenched his desire to fill his time with escaping. After his cell wins the New Year’s Games they all get one request, and Nico’s is a vast arcade game room.

This makes him extremely happy, sharing his prize with the other inmates, as like all otakus, he loves to share his passion.

A cafe full of otakus, both customers and staff! At Cafe Stile, the waitresses all act in a character: tsundere, little sister, sadist, idol and big sister.

The manager is an Italian otaku, who is often half-asleep as he prefers to watch new anime as it is broadcast, even if that is late in the evening. Kaho is a big gamer, she loves the arcade and her tablet is entirely populated with gaming apps. She even helps the customers out with their gaming problems.

Miu is recruited to the cafe later in the series after leaving her explicit doujinshi behind, on the condition that she can have conventions off. She even uses the employees as models for her upcoming issues!