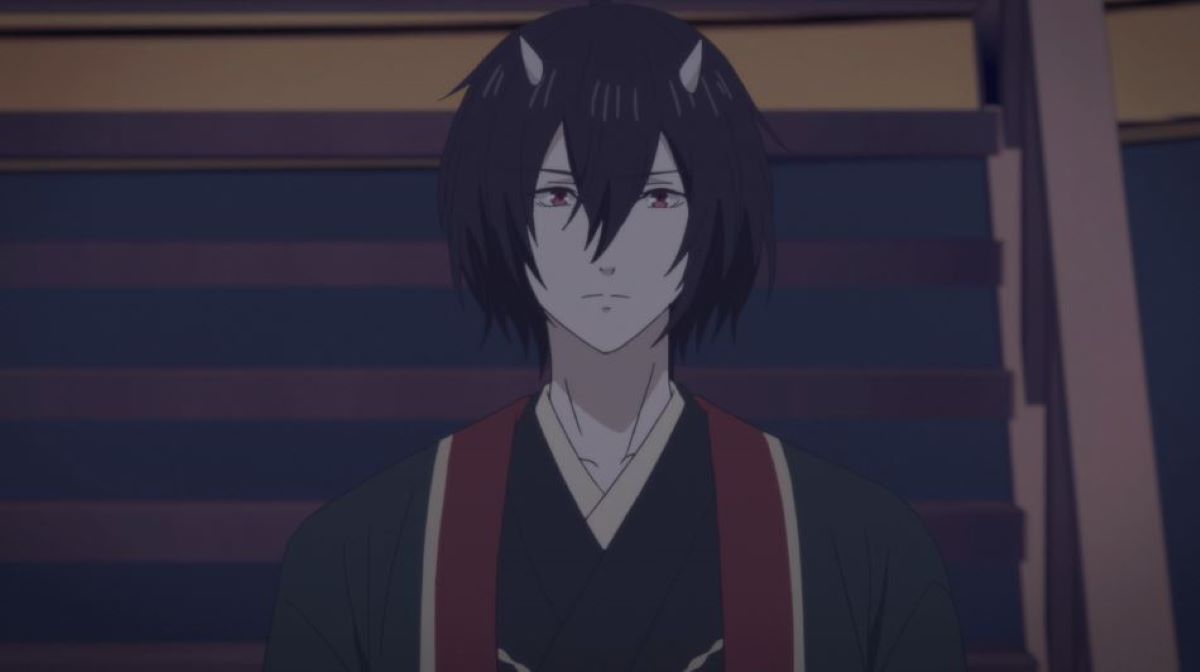 Oni are incredibly recognizable yokai, monsters in Japanese folklore. Traditionally they have horns, sharp teeth and are large and muscular. They can be various colors, but are often red or blue/green, and are depicted in a variety of ways in modern media. Many anime characters are oni, or have oni characteristics.

The word ‘oni’ is difficult to translate into English. It is most often translated to ‘ogre’, but ogre are generally thought of as earthly, dirty, and ugly creatures. Ogre are similar to oni in looking fierce and muscular, but oni have a spiritual element too, so much so the word oni can be translated as ‘demon’.

In English, the word ‘demon’ conjures images of a pure evil presence, a being possibly even without a physical body, so isn’t a particularly good way to describe the horned being known as oni. The best way to describe oni, is using depictions of both ogre and demons combined.

Origin of the Oni

Oni are originally thought to have been introduced to Japan with Buddhist folklore. Some of them are thought to have ascended from Hell, as they are King Enma’s servants (Enma is the Japanese word for the Buddhist god of death, sometimes also known as Yama).

Other oni are believed to have once been extremely wicked humans, that now in death are transformed into monsters. The tales evolved over time, with stories of oni terrorizing the countryside, eating livestock (and possibly even people) appearing in the Heian era (794-1185 AD).

These tales likely mythologized marauders as demons and were used to instill fear and keep people on a good moral path.

There are many traditional stories of oni, with local variants and adaptations. The most famous story is the tale of the Red and Blue Oni. The Red Oni and the Blue Oni were old friends, but they had extremely different temperaments.

The Red Oni longed to be friends with the humans in the village, but they were afraid of him, and never came to visit even when he made sweets for them. Seeing how sad his friend was, the Blue Oni came up with a plan.

He would scare all the humans in the village, and the Red Oni would come to the rescue. This plan worked really well, and the people in the village embraced the Red Oni as their savior and realized he was friendly. Later, the Red Oni realizes he hasn’t seen the Blue Oni for some time and finds a note from him saying he must leave as if the humans see him they will be afraid again.

The Red Oni then weeps as although he has gained what he has always wanted, he has lost his old friend.

Anime is full of oni characters, and many characters are influenced by oni myths without even being supernatural beings. Everyone’s favorite twins from Re:Zero - Starting Life in Another World are oni, their tribe normally having two horns but they have one each.

They are far from the muscular and imposing monsters often depicted in traditional art, they are small, cute, and have colorful pink and blue hair. Despite their looks, they are still immensely powerful monsters.

Anime is known for using this paired relationship a lot, and often even using color coding, such as with hair color, clothes, or some other imagery in the character design. A great example is Kyo and Yuki from Fruits Basket, Kyo being the fiery red-head and Yuki the ever-calm prince with grey hair.

They constantly rub each other the wrong way, but they are bound with the fact they both have the zodiac curse.

The Japanese tea ceremony is a unique ceremony involving the...