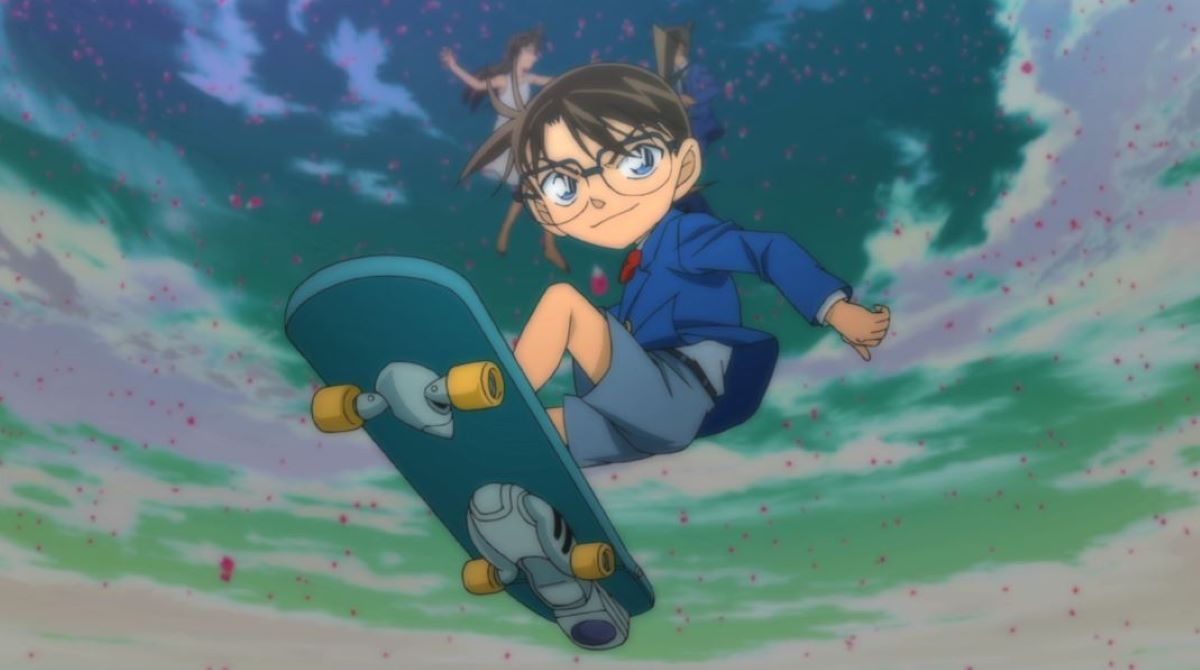 Got the sudden urge to solve a mystery? Anime has got you covered! From quick one-episode detective romps to locked room mysteries that need a whole series to untangle, let’s look at some of the best mystery anime out there.

A tremendously well-sculpted locked room mystery based on the novel Everything Becomes F by Hiroshi Mori. It will keep you guessing right up until the last second, and if you want more, it has been adapted into a manga, a visual novel game, and there’s even a live-action drama.

Brilliant atmospheric details really add to this strange tale of a genius Dr. Magata that has been locked in her laboratory on Himakajima island for fifteen years after the murder of her parents.

Moe Nishinosono has spoken to Dr. Magata via video call; she is interested in the doctor because she believes she knew her parents. Wishing to talk more, Moe persuades her professor and old family friend Sōhei Saikawa to hold the upcoming seminar group trip to Himakajima.

While visiting the laboratory, the AI that runs the lab’s facilities malfunctions, emboiling Moe and Saikawa in the locked room murder mystery.

With small mysteries usually one, two, or three episodes long, Case Closed is great if you want a quicker conundrum to solve. There’s also a lot to choose from as there are 1000 episodes and some over-arching mysteries to get your teeth into. Shinichi Kudo is a budding detective, and while still only in high school, he sometimes helps the police with investigations.

During one particular investigation, he is attacked by members of a shady syndicate known as the Black Organization. He is forced to drink a strange substance that transforms him into a child.

He enrolls in elementary school under the pseudonym Conan Edogawa and continues to solve cases, often through his childhood friend’s father, Kogoro Mori, a private detective.

Anohana: The Flower We Saw That Day

An anime focussing on five childhood friends, all suffering from the aftereffects of their friend’s tragic death. Jinta especially starts to doubt his mental faculties, as Menma has suddenly appeared fully grown but wearing the dress she wore on the day of her death right before his eyes. She can even cook and touch objects, but no one else can see or hear her.

This series brings the old friends together to solve the mystery of Menma’s reappearance and ultimately what happened on that fateful day, helping them all deal with the grieve of her untimely passing. Be prepared for an emotional but ultimately beautiful journey.

Rokkka -Braves of the Six Flowers-

Action, mystery, and life-long dreams collide in this most tantalizing of mystery anime. When the ancient Demon God is revived, six warriors each with their own unique talents are chosen to be the Braves of the Six Flowers.

These heroes are chosen by the Goddess of Fate, and are granted the power to defeat the Demon God and stop his plans to turn the world into the a living hell. The Six Braves each receive a mark on their body, then journey to a small temple outside the Land of the Howling Demons to meet.

The only problem is when they arrive, there are seven of them. One of them must be a fraud in the employ of the Demon King, and to make things worse the barrier has been activated around the temple, meaning no one can enter or leave.

The seven of them have to negotiate old friendships and rivalries to put the pieces together to work out who among them triggered the barrier, and thus which of them is not truly a Brave.

So many mysteries permeate through this one small island. The anime spans time itself and involves both myths and science. It all manages to come together surprisingly well in this sparklingly beautiful series. Confusion may be rampant in the audience for a lot of the anime, but luckily all is explained by the end.

A man washes up on the shore of a remote island, with no memories or clothes! All he knows is he needs to protect a certain girl. He finds a girl walking alone singing on the beach as night falls, and the name Setsuna comes to him. Unbeknownst to himself the name Setsuna has mythical importance to this mysterious Island.

The Case Files of the Jeweler Richard

With each new beautiful gemstone comes a new mystery, but the most mysterious thing of all is the Jeweler himself - Richard Ranasinghe de Vulpian. Saved from the unwanted attention of drunks by college student Seiji, Richard employs Seiji has his part-time assistant at his new store Jewelry Etranger.

Together they uncover many mysteries, linked to their customers and the gems they wish to sell and purchase. They even manage to unlock the their own family secrets while learning about gemstones and each other.

Anime is filled with amazing otakus, let’s look at some of the best ones!