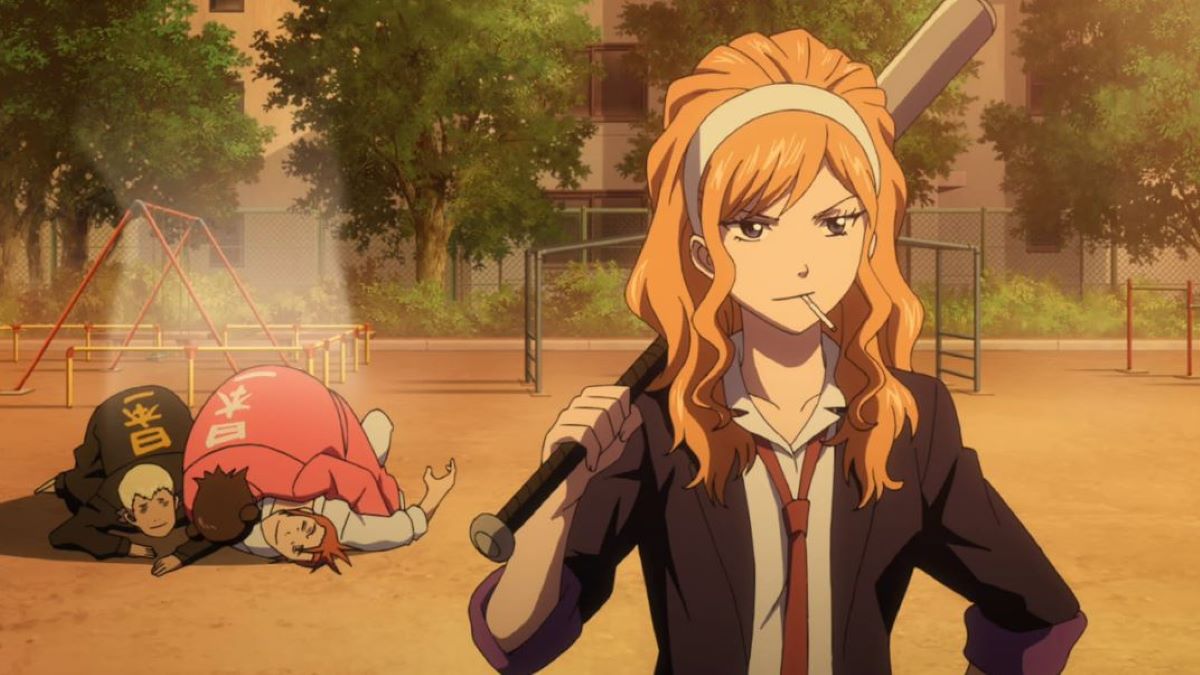 The term ‘delinquent’ conjures quite a specific image for the Japanese. A lot of being a rebel in Japan is in the styling, especially in fiction. A delinquent can be easily spotted through their clothes and hair. Dyeing your hair blond is a classic sign of rebellion in Japan, with few people having naturally blond hair.

These delinquent characters can be spotted relatively easily in many anime; here’s a guide to the subcultures they are based on.

Yankii is a general term for a youth subculture based on rejecting societal norms, especially in the fallout after World War II. The prevailing outlook being of working hard to rebuild Japan, yankii embodied a counter-culture involving both fashion and attitude.

This type of delinquency usually started in middle school and had many of the hallmarks of normal teenage delinquency, peaking in the 80s and 90s. The styling of a typical male yankii included growing their hair long or sporting a punch perm and altering their school uniform, often by ripping the sleeves off or rolling them up. For girls, the fashion rebellion manifested in long skirts (mini-skirts being the norm for high school girls) and other alterations to their uniforms, such as leaving their necktie untied.

The term yankii is likely a corruption of ‘yankee’, but the subculture doesn’t have any particular affiliation with America.

The yankii subculture is more about youth rebellion than being a menace to society, but people often ostracized these rebellious teens even as they grew into adulthood. Problems arose when former yankiis had children. They were often unwelcome at the usual parent groups and so had no support in their new roles.

Bōsōzoku are delinquent biker gangs in Japan. Their hallmarks include incredibly personalized motorbikes. Unlike yankii, who are often school age, biker gang members tend to be older or have dropped out of school altogether.

Bike modifications can vary from simply adding stickers or a flashy color to removing the muffler to make the bike as noisy as possible, or even highly illegal additions that disobey traffic laws.

These could include a foldable license plate (so less easily identified by police) and longer swingarms to help with accelerating faster (good for drag-racing). The typical outfit for bōsōzoku members includes a long coat with the gang’s slogan embroidered on the back, generally a complicated kanji character.

Police interventions due to several incidents were extensively publicized in the early 70s, which is generally thought to be why gangs became so popular. At the peak of the trend, there were thought to be more the 800 gangs.

In 2019 there was estimated only to be around 150 groups still active, although the aesthetic remains widespread, and gangs are even referenced in contemporary media.

Bullies in anime are often styled as typical delinquents, with uniforms altered in the trademark ways and with dyed blond hair. The addition of a blunt instrument such as a bat is also common; knives are rarely used as a weapon in anime as they have been strictly regulated since the Meji Restoration.

Avoiding them also reduces the audience’s sense of real danger. This styling of bullies as typical punks is potentially problematic, as it continues with the stereotype that all rebellious behavior must lead to a downward spiral.

This is a significant trope in anime, the character with a rebellious past, but they are now trying to live a wholesome life. But old habits often die hard, and the character is also often desperately trying to hide their past for fear of being ostracized by their newly found friends.

Plotlines often include their fellow gang members trying to re-recruit them or focus on the simple pleasures of daily life.

One mistake often perpetuated in the popular consciousness is the thinking that delinquents and the Yakuza are linked. This is generally false, with the Yakuza actively despising yankii and bōsōzoku gangs.

There are reports of some youth gangs being used for drug running, but this is uncorroborated, and if valid, it would be relatively minor roles within the criminal organization. In general, people grow out of their delinquency phase, especially if they have the support of their community.

A question asked the world over, how much should the government control what is taught in school? In Japan, they also have lessons in morals