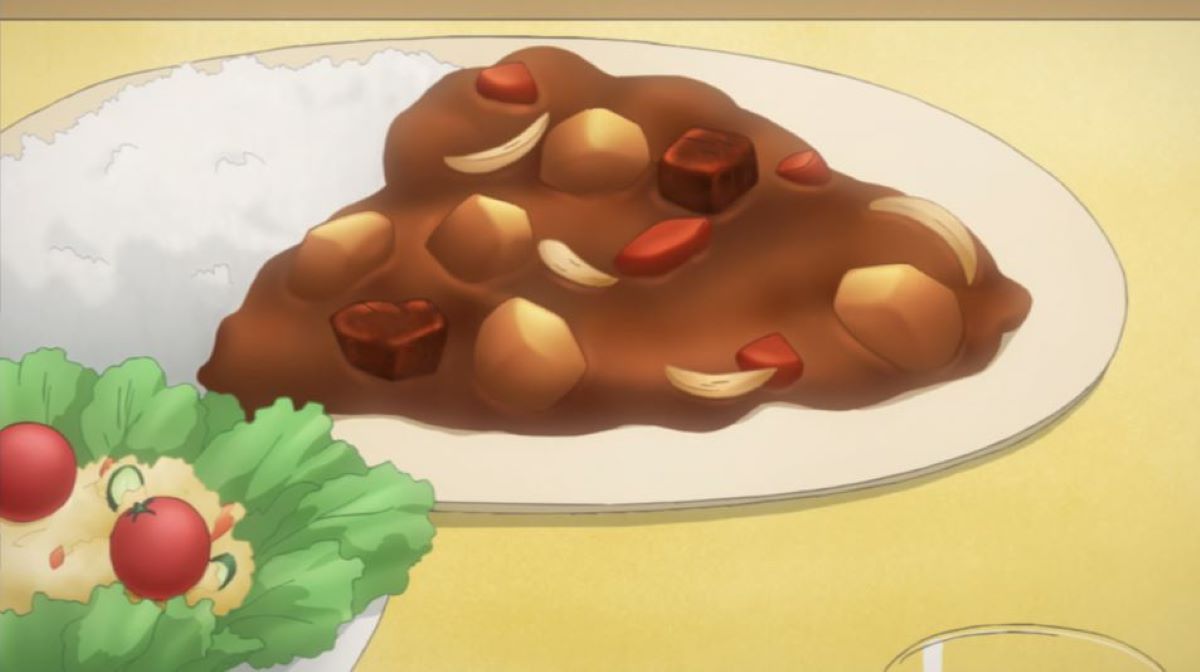 It is no exaggeration to say that curry rice is the national home-cooked dish and is so popular in Japan that it can be considered one of the country's overall national dishes.

It is thought that most Japanese people eat curry at least once a week. It is often on the menu in canteens, it’s a great meal to make at home for a big family and it can be found in a range of Japanese restaurants.

Japanese curry is typically eaten throughout the country, it is considered a national dish in its own right, not just a regional one. It can be made with a variety of vegetables, with meat added to the sauce, or alternatively it can be topped with breaded chicken (katsu) or pork cutlet.

The curry is generally served with white rice. Curry is considered a Western food, so it is not eaten with chopsticks, it’s eaten with a spoon.

Another way to eat curry is the curry bun (karē pan). Curry is wrapped in dough, rolled in bread crumbs and deep fried or the dough can be baked into a loaf. Karēpanman is a character in the ever popular Anpanman series, which ran for 40 years.

He has a curry bun head, making him hot tempered and strong. Many of the characters have different breads as heads. The title superhero has anpan for a head, red bean filled bread. Various other characters have melon bread, cream bun and white sliced bread for heads.

The series was written by Takashi Yanase inspired by the hunger he suffered during the Second World War. Anpanman remains one of the most beloved and recognisable characters in Japan.

A big part of curry’s popularity comes from the convenience of prepared curry sauce mixture, which allows curry to be cooked at home in a short time. Curry roux comes in brown blocks that can be broken into pieces (rather akin to chocolate) so the amount used can be varied for the size of the meal and to taste.

Meat and vegetables just need to be boiled in a large pot until cooked, then add the curry roux blocks and stir, for a meal that can be changed to personal taste and what is locally available. Curry roux blocks produce a curry that is thick in consistency and sweet and mild. It resembles a thick spiced stew rather than the fiery curries of India.

Surprisingly, curry was brought to Japan from India by the British shortly before the turn of the 20th century. According to legend, it was imported to Japan as a result of shipwrecked British sailors being picked up by a fishing boat. Sadly this is untrue, but the naval connection is indeed fact.

The Royal Navy was feeding British sailors anglicised versions of curries found in India from the 19th century, as it is nutritious, tasty and easily scaled for a large number of people. This curry was adapted to British taste, thicker, sweeter, less spicy. This is the curry that found its way to Japan, through the Royal Navy and into the Japan Maritime Self-Defense Force (the JMSDF, Japan’s navy).

The JMSDF was having trouble with men succumbing to beriberi, due to a lack of B1 in their diet as the main food eaten was white rice. Knowledge of meals eaten on board Royal Navy ships was shared with Japanese ships when ports were opened to foreigners during the Meiji Era.

Curry is a tasty and balanced meal that can be made cheaply, so became very popular with sailors, and helped with the deficiency problem. Spices were originally imported from Britain, but as the popularity of curry grew domestic spices were used to cut costs.

It is still tradition for JMSDF ships to serve their own version of the dish each Friday, and competitions are even held between ships for the best curry. Variations can include raisins, shredded apples and chocolate, which add to the sweetness of the dish.

Coffee can be added instead of some of the water to add to the richness, and grated cheese adds thickness and depth when stirred in until melted. Hokkaido, famous for its excellent agricultural production, is home to a particularly abundant Japanese curry packed with vegetables.