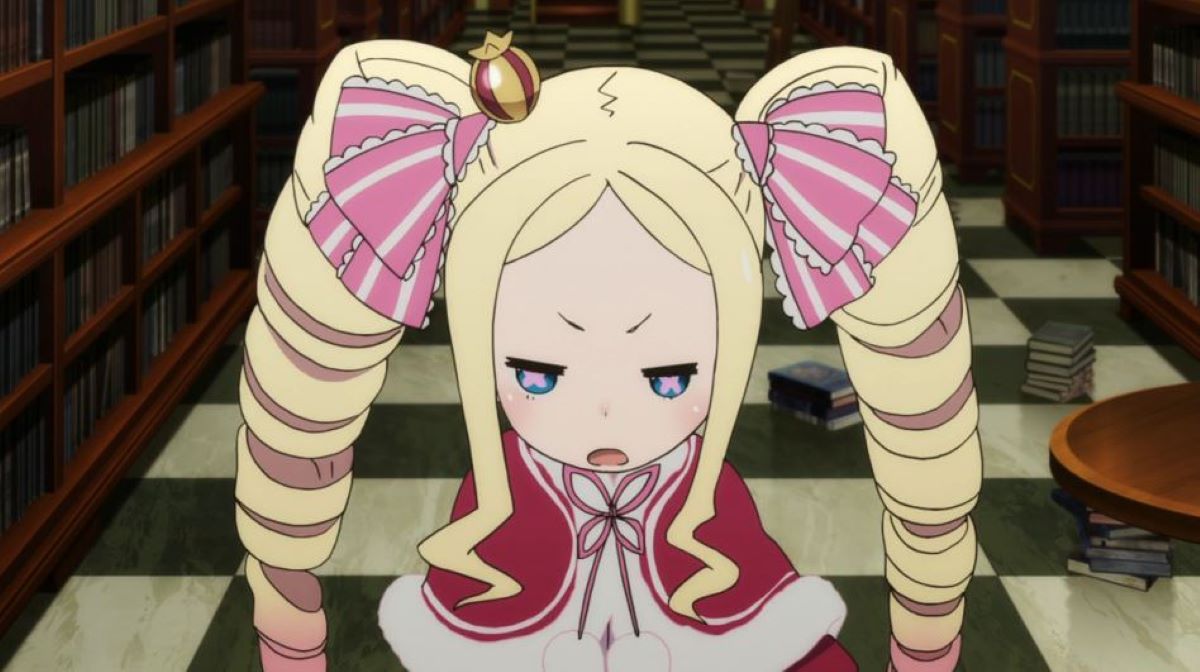 Time for an anime archetype explanation! The Himedere, the princess complex. Hime means princess, and dere is from ‘dere dere’ meaning to become affectionate and is taken from the dere in tsundere.

Himedere and tsundere (cold on the outside, warm on the inside) are related, and some characters can be both.

The princess complex manifests in an anime girl that wishes to be treated like royalty by the object of her affection, and tends to look down on others, coming off as conceited and spoiled. Here are some examples of how the archetype develops.

Being actual royalty isn’t a prerequisite for the himedere, but it sure helps! Yona from Yona of the Dawn is a great example of a himedere with real royal pedigree, she has been pampered her whole life and expects everyone to bend to her whims.

Being told no is a great surprise to her in the opening episodes, and we see her grow so substantially as a person throughout the series, eventually casting off all her himedere ways.

The girl who has everything except an actual title, it’s no wonder she expects all to bow and scrape at her feet.

Nagi from Hayate the Combat Butler, seems to have it all, money, talent, a loyal butler! But as she is so wealthy she has needed to hide for much of her life, as she has had the constant threat of being kidnapped hanging over her.

It is no wonder she is definitely the centre of her own universe, and makes constant demands of everyone around her.

Another example is Himeko from Citrus. She is a high class girl from a wealthy family and has a firm social standing at the academy as the vice president of the student council, and wishes to maintain the standards of the exclusive school as she loves and respects Mei, the president, so much.

Thus she has total disregard for anyone that doesn’t follow the rules. She even has ‘hime’ right in her name and also looks every part the princess with her ringlets and lolita fashion sense.

This one is an interesting case, as she no longer has her money, but her attitude is unchanged. Old habits are hard to break, or as in Mio Aoyama from The World God Only Knows she is hiding the fact that all her former riches are gone with her act of being a princess.

Since the death of her father, all Mio can think of is his advice to always live her life with pride. Sadly she takes this to mean acting superior to her classmates, and she even has the title ‘the rich girl of Maishima Academy’.

Those among us with genuine talents are often raised up and praised, and rightly so. But it can go wrong when all that praise goes to their head. Erina Nakiri from Food Wars! Shokugeki no Soma is a prime example of this.

She has been revered as the ‘God Tongue’ since she was a child, and is treated with the utmost respect by all around her. It’s no wonder she has developed a conceited and snobbish personality. But, as with all himedere, her heart simply longs to be melted!

She’s exotic, mysterious, beautiful. Her past is unknown, all that can be seen is her princessly attitude she displays now.

In reality she is not actually from a rich family at all, and is working several part-time jobs to keep up her act.

It’s often tough being a princess!