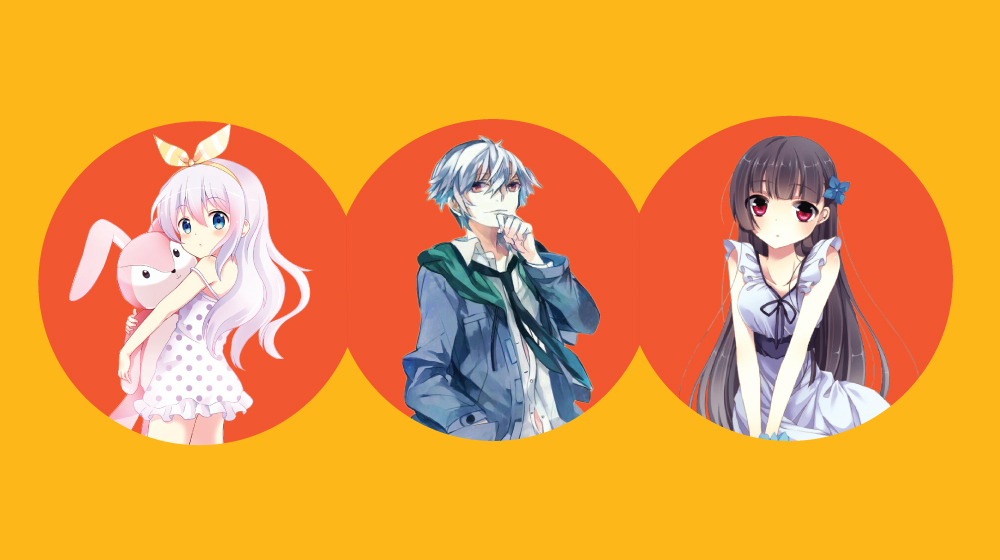 The anime world has brought us some fantastic anime characters that are adored by many. We love them, but do we really know them?

Check your knowledge by guessing the anime age of these amazing characters!

How can we hate this cutie, even though she’s a demon?! Transforming into an adorable baby or using her magic to protect her brother from bad luck, she undoubtedly steals many boys’ hearts.

In the world where demons forget their past lives as humans and are ready to eat us all, Nezuko goes against this by keeping the human part inside of her and refusing to eat humans.

It’s hard to enjoy Cowboy Bebop and not be impressed by Spike Spiegel’s awesome act. As a cool dude with Bruce Lee-like fighting styles, Spike beats his enemies as easily as he cracks lame jokes with his Bebop gang.

Spike is a well-built character in the story. His past helps to build his resilient personality and behavior in ways that sometimes go unnoticed, and other times become the center of attention. Cowboy Bebop is great for many reasons, and its Spike Spiegel speaks volumes of it.

Maes Hughes: we all know him as a soldier and also as a loving dad. Most characters in Fullmetal Alchemist: Brotherhood are special in some way, but Maes and his family leave us with a lasting impression.

Maes certainly loves his wife and daughter. That explains why he constantly shows photos of his family to everyone and spends half of his time talking about how they make his life complete, sometimes irritating people around him.

Naruto wouldn’t be the hero we all know without his jounin instructor, Kakashi. Kakashi teaches Naruto, from basic steps to becoming a real Hokage. Kakashi is also the first one to treat Naruto like a professional ninja.

He’s serious about his power control and Sharingan, which is something you wouldn’t guess from his relaxed appearance.

Kakashi’s calm and stoic personality results from his deep tragic childhood. That’s part of the many reasons people love him so much. Despite all of his strictness, he is an absolute jokester!

Naruto - Kakashi Hatake: For The Man Who Lost Everything

Sick of boring shonen heroes? Godlike Saitama is coming for your convenience.

Saitama is on top of his game with his unreal power, and we all acknowledge that, but he never brags about himself. Instead of talking about how strong he is, he cares more about finding cheap seafood at his local convenience store.

He does talk the talk, but he walks the walk too. He never misses his workout sessions. Even gods must not skip leg day, right?

Levi Ackerman is considered the most beloved character in Attack on Titan by many, or at the least, his name is something people often refer to when describing the famous anime/manga. Levi suffers a lot in his life: the death of his boss, serious bodily injury, and tragic events due to the Titans.

However, he still keeps himself calm against the Titans, for the sake of the teenage subordinates under his wings. He fights himself to bring advantages to others, but may still be perceived as a rude person sometimes. Levi is a good guy, after all, and we all love him.

Some anime is so good that it makes you forget the voices of the characters are just actors! Some actors even do voices for more than one show. In this article, we’ll look at 19 famous anime voice actors in that group.