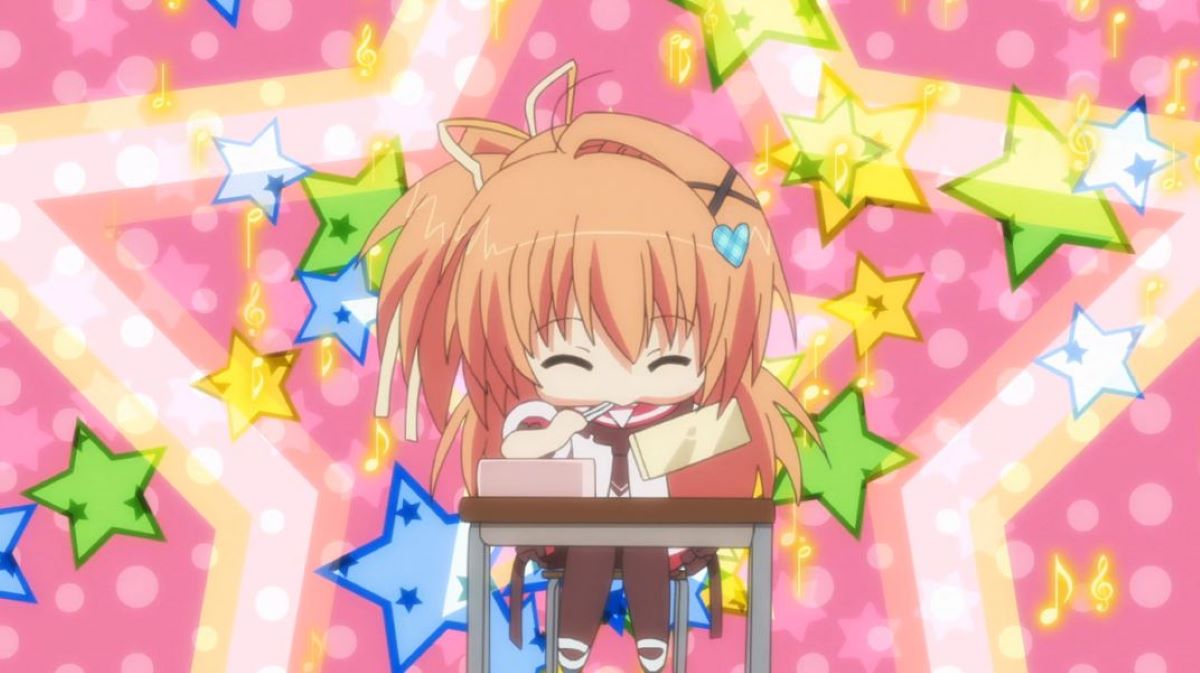 The big eater trope can be seen across all media, but anime, as it often does, manages to kick it up a gear. Let’s take a look at some characters that simply live to eat!

Nagisa is the smallest of the swim team - but he loves to eat. He has been shown to go utterly crazy at food stalls, and when he reminiscences, his memories usually involve food!

In the scene pictured, the swim team’s club advisor, Miho Amakata, has made the mistake of saying she’ll pick up the restaurant tab, so Naisa’s glutton side appears in abundance!

A secret glutton, Aki Adagaki, eats a regular lunch, then hides in a storage room and has her maid bring her bags full of snacks. She is known as the ‘The Cruel Princess’ and wishes to keep her ice queen image and not show her snack-loving side!

She is also very embarrassed at the prospect of her stomach rumbling loudly in class. It is hinted her eating habits are due to emotional reasons, as she has been miserable ever since she lost Masamune.

Also know as ‘Lily the Glutton’, she gets into fights because she steals food. She was initially the enemy of the Straw Hats, but they eventually reconcile, and she becomes friends with Luffy especially, bonding over their shared love of food.

As she ate the Mini Mini no Mi, she can change her size, which varies from giant to a tiny five millimeters, along with her weapon - a dinner fork!

Jasminka is incredibly relaxed and simply loves snacks. She’s basically always eating something, in class, doing chores, even during the broom relay race. In fact, to send her off course during the race her opposing team sets up doughnuts on strings!

Her constant eating is used for comedy, but she is not extremely skinny, unlike many other glutton characters.

A Bridge to the Starry Skies - Ui Nakatsugawa

Yui is the classic example of a comedy glutton; she’s a slim beautiful girl, the last person you’d expect to eat so much. She gets so hungry she can barely wait a few minutes for her friends to join her at lunch before she starts eating, her stomach rumbling loudly.

She is naive and often selfish, which is possibly reflected in the way she eats.

A strange little girl comes into the talented florist Zoroku’s life. She has spent her whole life in a research facility because of her unique ability known as ‘Alice’s Dream’. This allows her to create anything she can imagine, but her ability takes energy.

The research facility has always limited her food intake so that she couldn’t unleash her full potential. When she finds Zoroku in a restaurant, she hasn’t eaten for three days and causes quite a stir when he allows her to eat as much as she wants!

Momo’s Quirk allows her to create any object she can imagine from her own body. She needs to know the molecular structure of the object and makes them from her fat cells. This explains both why she is so studious and why she needs to eat so much.

Unlike other glutton characters that are often played for laughs, Momo genuinely requires extra calories for her unique skill. When she overuses her power, she becomes skinny and weakened.

Get to grips with anime facial expression tropes that every...