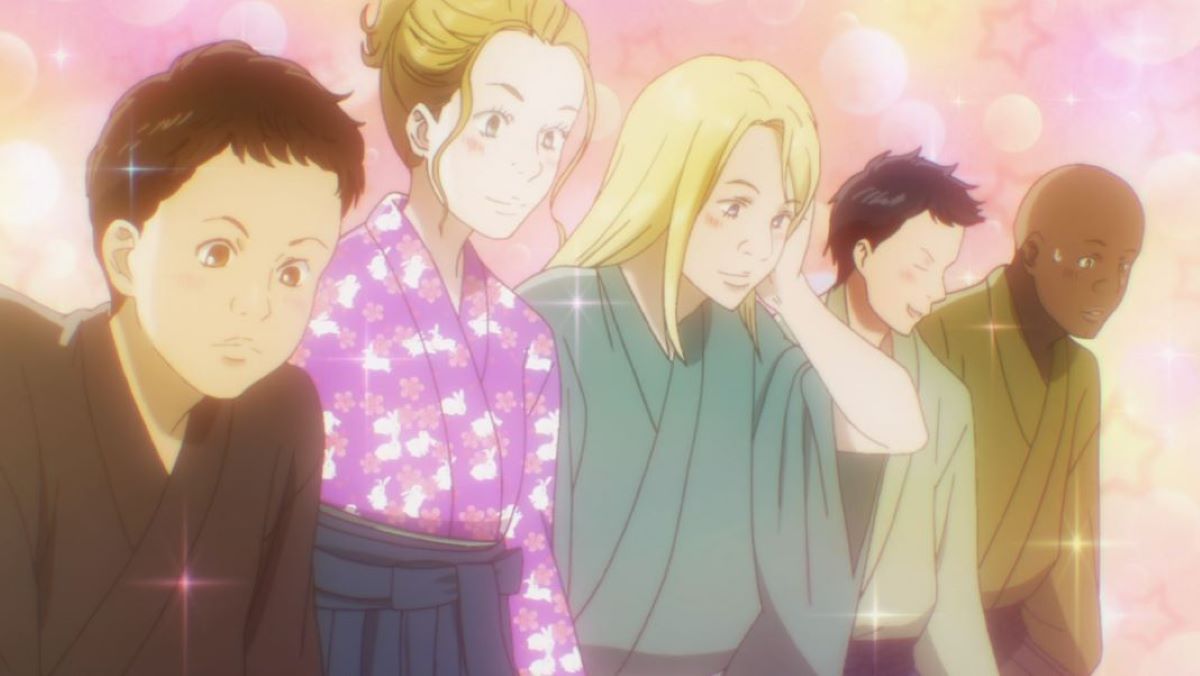 Japan has an extremely homogeneous population; that is to say, it is not very diverse. Or more truthfully, many regard it as being homogeneous when in fact, the population is steadily becoming more diverse.

Even with this consistent growth, foreigners are often very noticeable in Japan and can experience a lot of unwanted attention, be it positive or negative. Let’s look at some of the top foreign characters in anime.

The Italian otaku manager of Café Stile, Dino, is exactly the image of a beautiful blonde foreigner straight out of Maika’s fantasies. Conversely, with her black hair and traditional upbringing, Maika is the girl of

Dino’s dreams. He tends to enjoy the attention being a foreigner brings, even though Maika’s visions of his life are often very far-fetched! He speaks Japanese perfectly and has found a niche in the character maid cafe he runs, but his main reason for being in Japan is to watch anime as soon as it airs!

Generally known as Simon, Semyon is a black Russian. He works at his friend’s sushi shop known as ‘Russian Sushi’.

Although his appearance is distinctive, with Ikebukuro full of unusual characters, he doesn’t stick out as much as you might think! He’s extremely strong and is one of the only people that can stop Shizuo when he’s spoiling for a fight.

It’s often this epic strength that people find terrifying, even though many are often surprised to see him standing outside the sushi restaurant!

Richard is wonderfully mysterious. He speaks many languages, is extremely beautiful, and demands his assistant Seigi treat all the customers of the exclusive jewelry shop he runs with equality and respect.

He is from a prestigious English family, but his mother is a famous French actress, and his paternal grandmother was Sri Lankan. This may be the root of his international view of the world, so much so that he takes his mentor’s name rather than use his own.

Seigi happens upon Richard as he is being harassed in the first episode, and there are possible xenophobic overtones.

Happy and carefree, Gure is surprised when people remark upon his mixed parentage, a factor most of the customers of Rokhoudo notice straight away!

Growing up in Italy, he always felt out of place due to his Japanese father, but he has found a forever home as the barista at this most welcoming of cafés where everybody loves his coffee - even if not his latte art!

Lin grew up in poverty in China and is in Japan for his work as an assassin, but he is also on a mission to find the sister he has been separated from for nine years. He generally wears female clothing as a way to feel closer to her and also possibly as a way to reinvent himself after a childhood of feeling unclean.

He sold himself to human traffickers to support his mother and sister and spent four years in a school training as an assassin. He mainly attracts attention due to his unique fashion sense rather than being a foreigner.

Blonde-haired, blue-eyed, and wearing a suspiciously Japanese-style school uniform, Rita is the epitome of an imagined English girl. She’s a talented painter, knowing Mashiro from their days together art studying.

Feeling overshadowed by Mashiro’s blinding talent, she taught her to use a computer and encouraged her to draw manga, but she has now given up painting altogether. Eventually, she is persuaded to pursue art again, even helping the residents of Sakurasou with their ambitious video game project for the cultural festival.

Half-German, and initially raised by her father in Europe, Sylphynford was introduced to the otaku world by her brother Alex and eventually decided to move to Japan to be with him and her Japanese mother. She is a proud otaku, regularly striking anime poses and sporting blue hair.

She has thrown herself into otaku culture to embrace her Japanese side and feels more connected to her chosen home with her uniquely Japanese passion.

Maria is Shouya’s niece; she lives with him and his mother and sister. Her father is Brazilian, and as such, she attracts a fair amount of attention with her darker skin and cute hair, especially in contrast to her entirely Japanese household.

Shouya’s friend Mashiba even comments, ‘why is there a foreigner in your house’ when he first sees her. Luckily as she’s still in kindergarten, she doesn’t seem to notice this remark. At the end of the manga, her father has returned, and her mother is pregnant again, so hopefully, going forward, she should feel less of an outsider at home.

Japan is slowly moving away from its ideals of ‘one nation, one civilization, one language, one culture, one race’, but it is tough for a whole nation to shake off previous points of perspective.

Luckily, due to the polite nature of the majority of the Japanese population, many upon meeting a foreigner utter this sentence -

For those who have lived and worked in Japan for many years, this may be annoying to hear frequently, but at least it comes from a good place!