Focus on Miia the Lamia 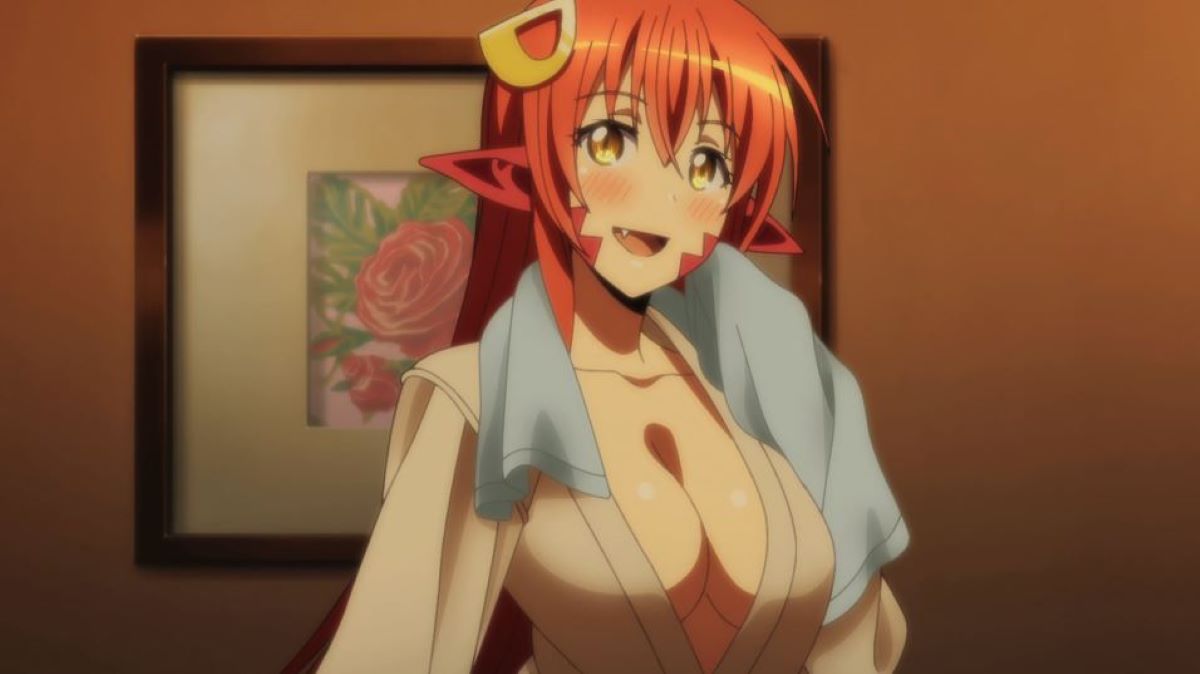 Miia is the first and arguably best monster girl we are introduced to in Monster Musume: Everday Life with Monster Girls. Let’s discus why she is just so great!

Set in an alternate Japan, non-human species are being integrated into society. This is being accomplished through several methods. An idol group of non-human singers has been set up and is proving popular.

But the main route of integration is a government exchange programme pairing monsters with host families. Kurusu Kimihito is living alone in his large family house while his parents are abroad, and is somehow volunteered as a host.

Miia is first monster girl, but many others join the household over the course of the series.

Miia is a lamia, a half-human, half-snake hybrid. Her bottom half is a snake, she is a pinkish-red color with scaly skin. She also has slightly pointed canine teeth, patterned markings on her face and her ears are long, sticking out at right angles to her head.

As she doesn’t have legs, she slithers along the ground and explains that is why she needs to bathe often. Kurusu’s house is especially adapted for the monster girls’ needs and includes a large bath that Miia can fit in easily. She needs to buy special underwear too.

Miia may be half-snake, but she is all woman. Her breasts are apparently an F cup, and coupled with the fact she is approximately 7 metres tall, she cuts quite an imposing figure.

Miia knows how to use her womanliness, including the snake part of herself. In the opening scene of the anime she has wrapped herself around Kurusu while he slept, claiming it is to help raise her body temperature.

She even manages to pin him down later in the episode.

When faced with insults, Miia can forget her place on the exchange program, and as such cannot hurt a human. In the heat of the moment she nearly slams a couple with her tail, but Kurusu takes the blow himself to protect her from being deported.

As she enjoys girly pursuits such as shopping, it is easy to forget that is in fact a different species and is extremely strong with it. She can throw a man through a glass door when provoked!

Focussed On What She Wants

From the ouseet, Miia makes it very clear that she loves Kurusu and when she hears about the plans for him to marry one of the monster girls, she is extremely determined to be his bride.

She calls him ‘darling’, is insanely jealous of the other girls (even though friendship does blossom between them) and even tries to learn to cook to show she will be a good wife. Sadly, her attempts at cooking all end in disater, she even tries to boil Papi’s egg!

Visual novels are mentioned in, or the source material for a lot of anime. Read on for a short guide on these interactive story games.