Five Reasons Why The Quintessential Quintuplets is Just so Great 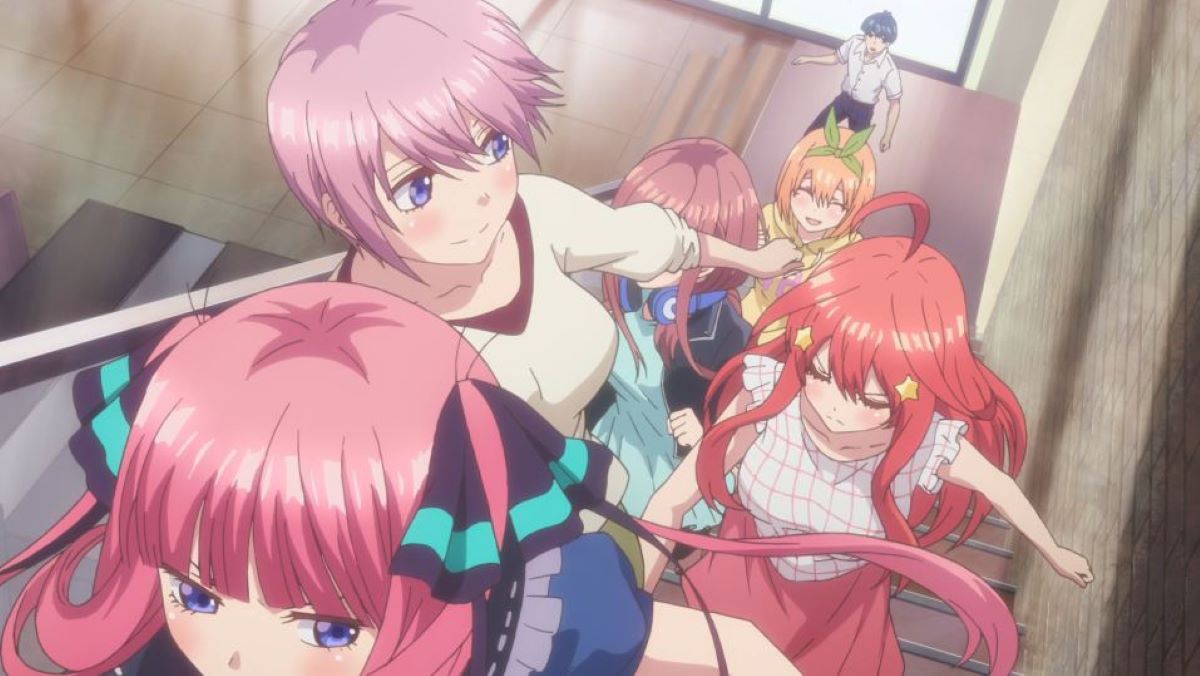 We all love harem anime, but somehow The Quintessential Quintuplets really manages to stand out amongst the crowd. As the second season is about to start, let’s look at why it is just so great.

A Harem with Siblings

There have been harem anime including siblings in the past, but they tended to get a little weird. Anime can really go over the line where incest is concerned, and in a fun harem show, it is often just unnecessary.

An example of this is Brothers Conflict, where the set up is the female protagonist Ema moves into the apartment complex where many of her new thirteen stepbrothers live. Most of them display more than just familiar affection for her, and much of their behaviour is unwanted.

Upon hearing there was a harem anime including five sisters, alarm bells started to ring for many. But The Quintessential Quintuplets has none of this, keeping every interaction appropriate and the whole thing is mostly comedic.

Fuutaro is an unwilling harem leader, he just wants to do well in school and at his new job as a tutor. Even though all the girls put up their own specific challenges, he still manages to teach them all and up their grades, and even manages to learn a few unexpected things along the way!

We are also graced with the amazing voice acting talent of Yoshitsugu Matsuoka, known in the otaku community as the Harem King as he has been the voice of so many harem protagonists.

The Girls Have All Grown into Their Own Looks and Interests

We see they used to dress and wear their hair in the same way, but now they all have their own distinctive styles and even customise their uniforms, so much so Fuutaro doesn’t notice they are siblings at first.

Unlike other harems where there often isn’t a satisfying ending, keeping it open for the audience to imagine any of the potential couplings to get together, The Quintessential Quintuplets actually has the promise of a neat ending.

Throughout the show we are given visions of a future which includes a wedding, but with all the girls being similar in looks we don’t know who the bride is!

Fun Prophecies for the Future - and Fun Reaches to the Past

Many anime include rumours about how couples at their particular school come to be, such as those who are together at a dance when the music stops are destined to be together (a similar legend appears in Teasing Master Takagi-san).

The Quintessential Quintuplets really puts a fun spin on this idea, and shows us two couples that have ended up together after holding hands at the exact moment at the school camp.

This forms much of the central plot points of the last few episodes, leading up to the wonderful scene pictured, with all five quins holding Fuutaro’s hand at the crucial moment!

These hints to a potential future really add to the overall appeal of the anime, along with the several references to the past. Fuutaro wasn’t always the hard-working high schooler he now likes to project, he was once somewhat of a rebel. During this phase he met one of the quins, but which one?!

Managing to be both comedic and deep and with a brilliant balance of hints of the future and links to the past, The Quintessential Quintuplets is really upping the game for harem anime, and we are so excited for the second season, airing in the winter season of 2021!

Goku’s life story teaches us so many lessons. Take a look at 6 life lessons Goku taught us!