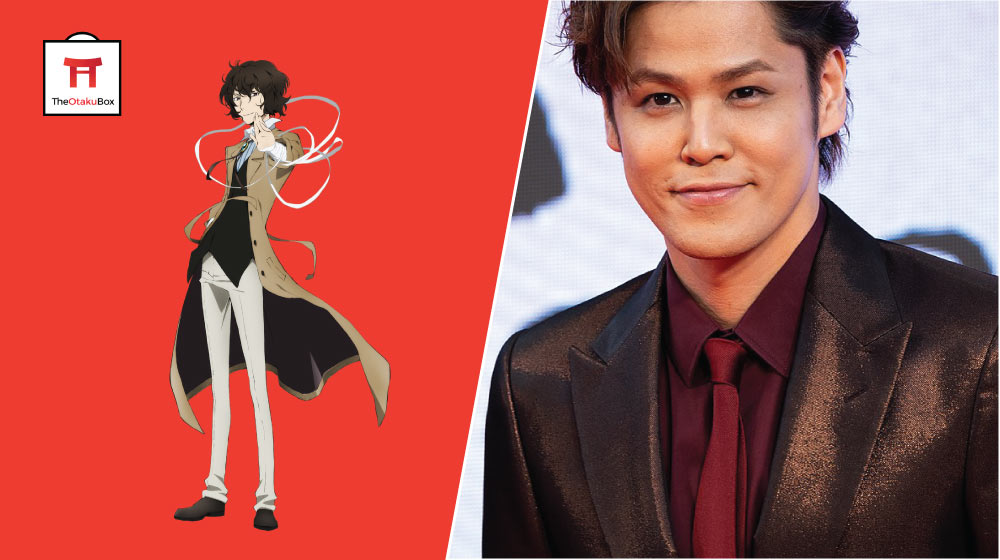 Some anime is so good that it makes you forget the voices of the characters are just actors! Some actors even do voices for more than one show. Here are some actors in that group.

In this article, we’ll be talking about the original Japanese voice actors.

Like most of the actors on this list, Hiroshi has voiced characters in many more animes than just the ones listed in the title. He is famous for his ultimate “cool guy” voice, and he has voiced in more than 75 famous anime shows.

Tomokazu has also voiced a ton and is known for his youthful, passionate voice. He has voiced characters like Gon in Hunter x Hunter and Sousuke in Full Metal Panic.

Risa’s voice is so cute, high-pitched, and full of schoolgirl excitement. Her voice makes many of her characters perfect waifu material.

Ishikawa’s voice is deep and clear. He almost always voices badass characters, but they range from One Punch Man’s Genos to Haikyuu’s Tobio Kagiyama.

Tomokazu’s characters include Gilgamesh from all of the Fate series and Itaru Hashida from Steins Gate. His voice is slow and low-pitched, and he is especially good at sounding angry or intense.

Yuki used to be a singer and is now famous for his voice acting, which sounds young and dashing. He is most famous for voicing memorable anime characters like Eren Yeager from Shingeki No Kyojin and Yukine from Noragami.

Kenichi is popular for his lively, jolly voice. He often plays childlike and happy characters like Lavi in D-Gray Man and Mikoshiba from Free!

Akira is great at making his voice sound calm and cool, even when delivering intense monologues. He voices roles such as Athrun in Gundam Seed and Fairytail’s Zeref.

Rie is known for her famous anime roles like the lead Shana from Shakugan no Shana and Happy, the talking cat from Fairytail. Her voice is known for being high and nasally but still powerful and feminine.

Jun’s friendly and powerful voice has a huge range. He has voiced roles from the creepy Koro-Sensei from Assassination Classroom to Lelanche Lamperouge from Code Geass.

Yakuya is known for his loud, confident, inspiring voice. He often plays teachers like Amemiya Taiyou in Inazuma Eleven GO 2 or Syuta Hayami in Yugioh!

Mamoru’s voice is very clear and easy to understand, even though he speaks quite fast. He is most famous for voicing Light in Death Note, but he has done over 30 other famous anime voices as well.

Daisuke is famous for his sexy, sexy voice. When it comes to male waifus, this man supplies some of the best, from Sebastian Michealis in Koroshitsuji to Erwin Smith from Shingeki No Kyojin.

Tatsuhisha’s voice is low and sultry, although he can give some inspiring monologues when he needs to. His famous anime roles range from Free! Iwatobi Swim Club’s Makoto Tachibana to My Little Monster’s Haru Yoshida.

Ami’s voice is feminine but can quickly become fierce and intense, so she is famous for voicing a lot of warrior women like Ryuko in Kill la Kill and Sailor Jupiter in Sailor Moon Crystal.

Satomi has one of the most feminine voices in anime, voicing adorable waifus from Wendy Marvell in Fairytail to Ritsu Tainaka in K-On!

Mariya has a very feminine and mysterious voice that viewers can’t get enough of. She has voiced anime women like Eureka in Pokemon XY and Killua Zoldyck in Hunter x Hunter.

There are many, many more famous anime voice actors who play roles on multiple shows. Anime voice crews generally have more than 100 people! These 19 are some of the ones with the most range, though.

Every anime fan has a favorite waifu! Here are some...