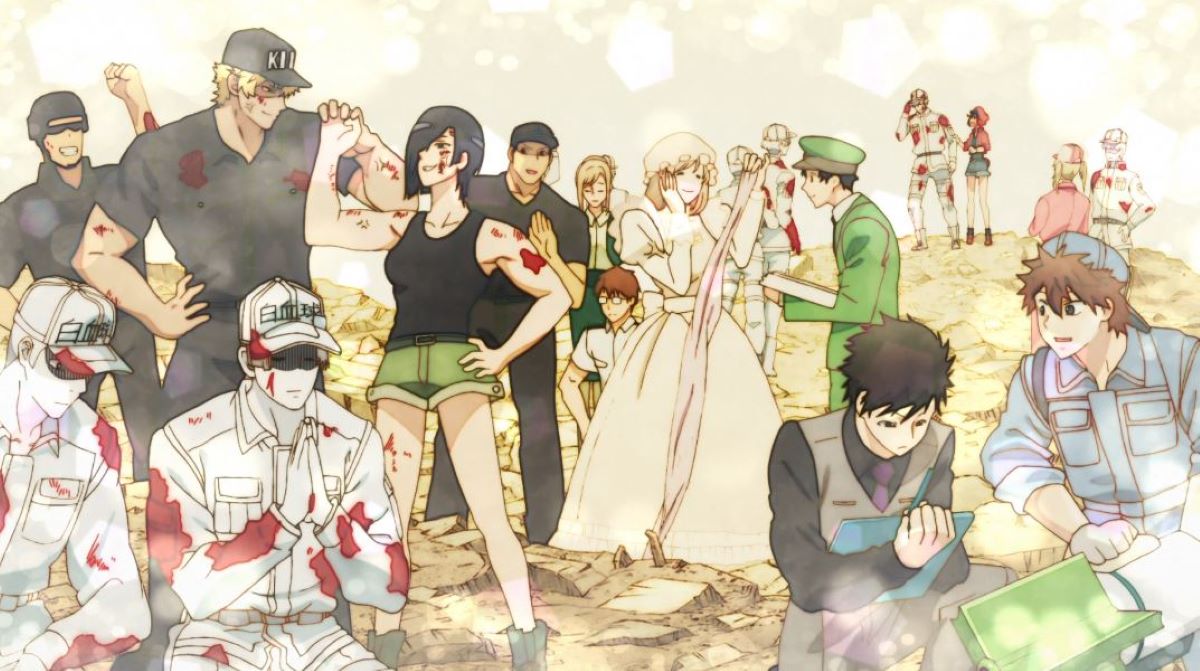 Anime often contains nuggets of wisdom, teaching the world about friendship, love, and happiness. Many series are set in a school, so the audience often gets to sit in on the lessons the characters learn in their classroom. But some anime are designed to be educational in a specific area.

Cells at Work contains some seriously fine-grained information. On the surface, it’s a fun representation of what happens in the human body, with anthropomorphized characters representing the different types of cells. The main characters are Red Blood Cell and White Blood Cell, so we learn about blood circulation, delivering oxygen, and detecting foreign bodies.

But we soon get introduced to cells you might not have heard of, such as Macrophage, Eosinophil, and NK Cell. The anime doesn’t have an amazing overarching storyline, but as an introduction to some quite complex biological concepts, it is fantastic.

Whereas Cells at Work! is a general introduction using a relatively young and healthy body, there is also a side story in Cells at Work! CODE BLACK, which focuses on the goings-on inside an older and vastly different human. Everything is explained really clearly, and the idea that bodies are constantly working really hard just to maintain health comes accros well.

There is plenty of anime out there about food and cooking, but Sweetness and Lightning focusses on three complete novice chefs trying to learn together. Kotori’s mother is a professional chef, so she recommends recipes for Kotori and her teacher Kouhei as they explore food in the hope of giving Kouhei’s cute daughter Tsumugi new taste experiences.

It starts with the basics, including using the rice cooker, washing vegetables, and knife skills. They make a wide range of different foods, from a gratin to home-made doughnuts. They even approach subjects such as how to help a child enjoy vegetables and using food as a way to remember those we love. The whole thing is extremely cute and introduces a lot of concepts for the budding cook.

Science Fell in Love, So I Tried to Prove it

Science Fell in Love starts with a confession, but it definitely doesn’t follow the usual route of a romantic anime! Ayame and Shinya and ‘science types’ through and through, and decide to try to prove that their feelings for each other are real. They do this the only way they know how, through scientific research!

They manage to involve all the other people who work in their laboratory, and along with the fun and awkward encounters it does show a lot of the scientific processes such as reproducibility and control groups really clearly. Everything is explained in a humorous way, and even such things as science funding and presenting is touched on.

A fun and unique way of looking at the animal kingdom, Heaven’s Design Team shows us a cast of talented characters trying to design animals to the brief passed down from God. We learn a lot of things from many perspectives, such as why unicorns are simply impossible due to a horse’s internal biology whereas deer are able to support large antlers.

The genuine love of all creatures shines through the show and all the facts are presented in a really fun way. The characters are all also very loveable which is a bonus! If you love animals of any kind Heaven’s Design Team is a definite must-watch.