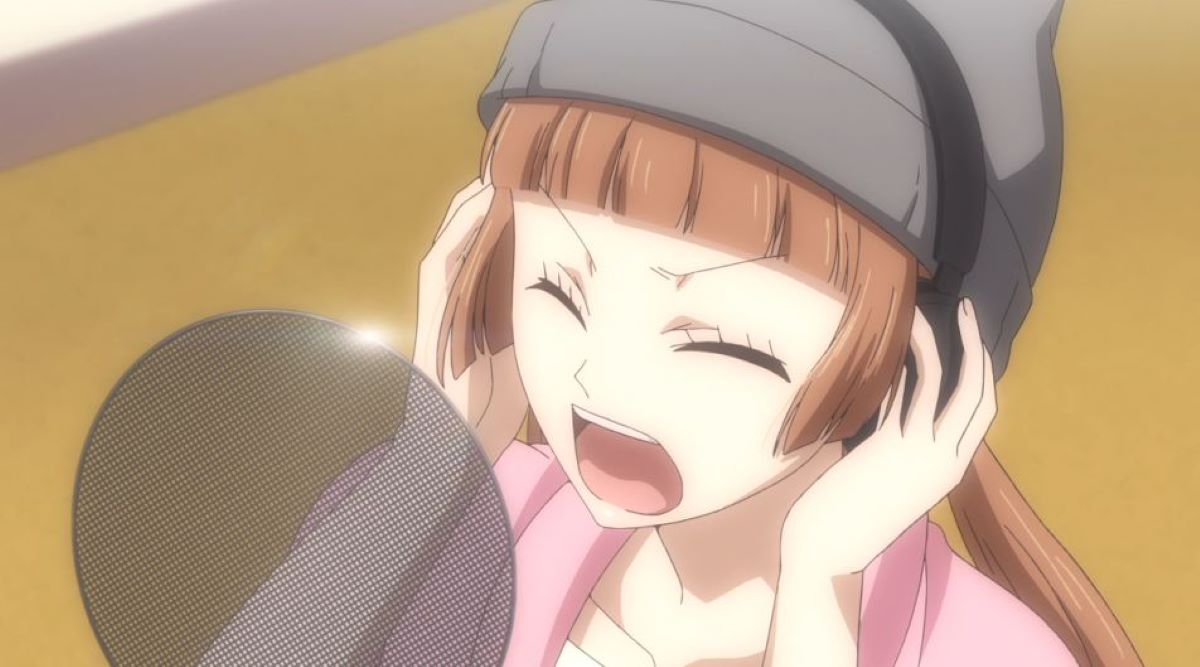 There is an amazingly varied and magnificent amount of anime out there that centres around music. Often focussing on passion and hard work, even those otaku that are not particular music fans will find emotional and intense plots to fall in love with. Here are some recommendations split into some of the usual categories.

With Idols being a uniquely Japanese form of musical act, of course there are plenty of anime about idols. Wake Up, Girls! and The Idolm@ster are both about the journey of idol groups, highlighting the intense emotional rollercoaster that comes with the path to idol stardom.

With plenty of catchy music numbers and both containing insights into the industry, both franchises have several seasons. But The Idolm@ster has a chibi spin-off, games and has even inspired live shows, contains a vast number of idols, whereas Wake Up, Girls! focusses on one all female group.

Zombie Land Saga is a somewhat different take on an idol anime, as all the girls are zombies. An unlikely mix of horror and music that somehow creates an amazing spectactical and introduces socially relevant plots. If nothing else check out the infamous rap battle in episode 2.

There’s plenty more, often containing distinctive takes, such as the idol in Miss Monochrome - The Animation is an android and Idol Incidents mixes music with politics in a parallel universe version of Japan.

A light music club is basically a band, allowed to play whichever instruments they please and in whatever style they desire. Quite a few schools have a rule where belonging to a club is compulsory, so styling a band as a light music club can get around this.

High school bands based around the light music club occur in quite a few anime, the most famous probably being in K-ON! Desperate to save their school light music club, the few remaining members beg Yui Hirasawa to join up, even though she has no musical experience!

But they soon spark her passion for music and she starts to learn to play the guitar. Lots of fun and friendship filled episodes in this anime that spawned two seasons and a movie.

White Album 2 has a similar premise of working to save the club, concentrating on fulfilling the dream of the one remaining member. There are passionate school performances, a staple for a light music club anime.

With high school often the backdrop for anime, there are several anime based around music focussed schools. Starmyu centers around a school with a prestigious music department, with five boys trying to work their way through the gruelling process of entry.

The academy in Uta no Prince Sama is devoted to training idols and composers, with a strict no love rule between students! An interesting musical twist on a reverse harem genre, our heroine Haruka Nanami manages to vastly improve her music composition skills and attract the attention of the most talented singers, leading to a spectacular debut!

Love Live! School Idol Project is an interesting example in this section as the school itself isn’t a music school, but the idol group is formed by girls wanting to save their high school.

Hoping their idol group will boost awareness of the school and attract new students, nine girls embark on the journey of becoming school idols, forming the band μ’s (pronounced muse) as the population of the student body is dwindling and it may have to close.

Something you might not expect in such a fast paced and colorful medium, classical music anime often packs quite the powerful punch. Your Lie in April became a firm favorite, even among those who don’t usually enjoy shoujo or classical music, centering on the talents and emotional issues of a violinist and a pianist.

‍Forest of Piano is set in a beautiful backdrop, and reaffirms the idea that musicians can’t get by with raw talent alone.

Though not entirely based on classical music, the concert band in Sound! Euphonium brings a new way to play to the genre. With the usual romantic issues of a high-school anime, passions really flare both in the brass band and outside it.

Aggretsuko - though music isn’t the main plot point of this anime, it is a running theme with Retsujo regularly screaming metal lyrics into her mic in the karaoke booth to blow off steam. Season 3 contains a lot more music as Retuko gets involved with an underground idol group, highlighting a lot of the pitfalls of the industry.

Carole and Tuesday - a music anime set on terraformed Mars. Polar opposites Carole (an orphan refugee) and Tuesday (an affluent politician's daughter) both only wish to create music and form a great partnership.

An inspiring and interesting take on what music really means to people and how it is made.

Kids on the Slope - quite a distinctive project, as the voice actors were also playing the instruments their characters play. This creates an anime exploding with raw talent and obvious love for music. Several genres are covered, but the main love throughout the series is jazz.

Heart-wrenching and thought-provoking, and providing an interesting historical perspective, this anime is a definite recommended watch.