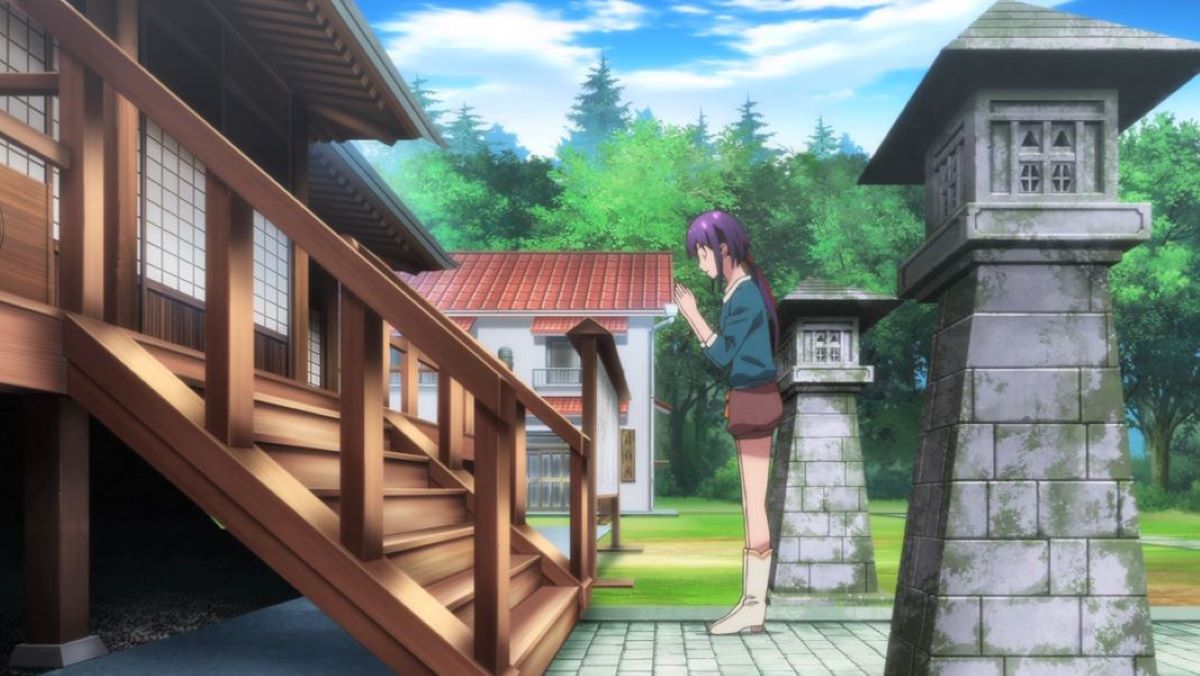 For the last in the anime definitions series, here are terms based around people and places.

An honorific is a title that conveys a position or is used for respect. In Japan, there is a whole range of these for different situations, and they all represent different amounts of courtesy and esteem. Not using an honorific signifies close friendship, or sometimes arrogance. The most common honorific is -san, which contains a moderate amount of respect and is gender-neutral.

The traditional piece of Japanese clothing is made from a single bolt of cloth. Kimonos are made from thick fabric and worn with an under kimono. Yukata is a less formal type of kimono worn by themselves (no under kimono) used in the summer or while at bathhouses. For more on traditional clothing, see this article.

Sakura refers to the ornamental cherry tree (not those that produce fruit) and the blossom. It is the national flower of Japan and is of immense importance to Japanese culture. For more on sakura and flower viewing, see Spring Flower Viewing.

Shinto is a religion that originated in Japan that involves many gods and spirits and is very involved with the natural world. Adherents can have household shrines, and kami are enshrined at public shrines staffed by priests. Purity is an essential pillar of Shintoism, the religion emphasizing ritual washing and bathing.

Torii are red gateways that mark the entrance to Shinto shrines and are a recognizable symbol of the faith and even of Japan itself. A representation of a torii is even used in The Otaku Box logo!

This is a word used for a more senior person, at work or a school. Less senior members may refer to their seniors simply as Senpai or use it as an honorific, such as Tamaki-senpai.

This term is for the more junior in a hierarchical relationship, such as at school, in a club, or at work. Some senpai may refer to their juniors as Kouhai, but it is more usual for them to simply use their name.

The Japanese language has an array of different ways to address members of your family. These often show the formality or closeness of the relationship. Older siblings are usually not referred to by their name but by a title that means ‘big brother’ or ‘big sister’.

Big brothers are commonly referred to as onii-chan, with onii-san or onii-sama used for a more formal relationship. Very close siblings might use the slightly shortened version, nii-chan, as the added ‘o’ denotes extra respect.

Aniki can also be used, but only by a younger brother (not used by girls). It has generally fallen out of favor for actual siblings since it started being used by younger gang members to refer to their more senior counterparts. Aniue is a very formal and now seen as an almost archaic way to refer to an older brother.

In Snow White with the Red Hair, Prince Zen calls his brother aniue, as his brother is the Crown Prince. This was translated into English as ‘Lord brother’.

In families with many siblings, younger members may simply use older brothers given names with nii added as an honorific (e.g., Haru-nii) to differentiate between their many older brothers. For older sisters, the terms follow the same pattern, onee-chan, nee-chan, etc. The female equivalent of Aniki is Anego.

Referring to others as onii-san or onee-san doesn’t necessarily denote a blood relationship. The younger family members can give older family friends these same titles, or childhood friends with a slight age gap may use these terms. They can also be used for strangers when the parties do not know each other’s names but still wish to convey respect.

In these cases, they replace the English equivalents of ‘sir’ and ‘miss’, such as in a shop. Oji-san and oba-san (translated literally as ‘uncle’ and ‘auntie’) can also be used in this way. Still, they imply a definite large age gap between the speaker and person being addressed, so sometimes they are best avoided!

I hope these definitions are helpful and add to the enjoyment of your anime viewing!