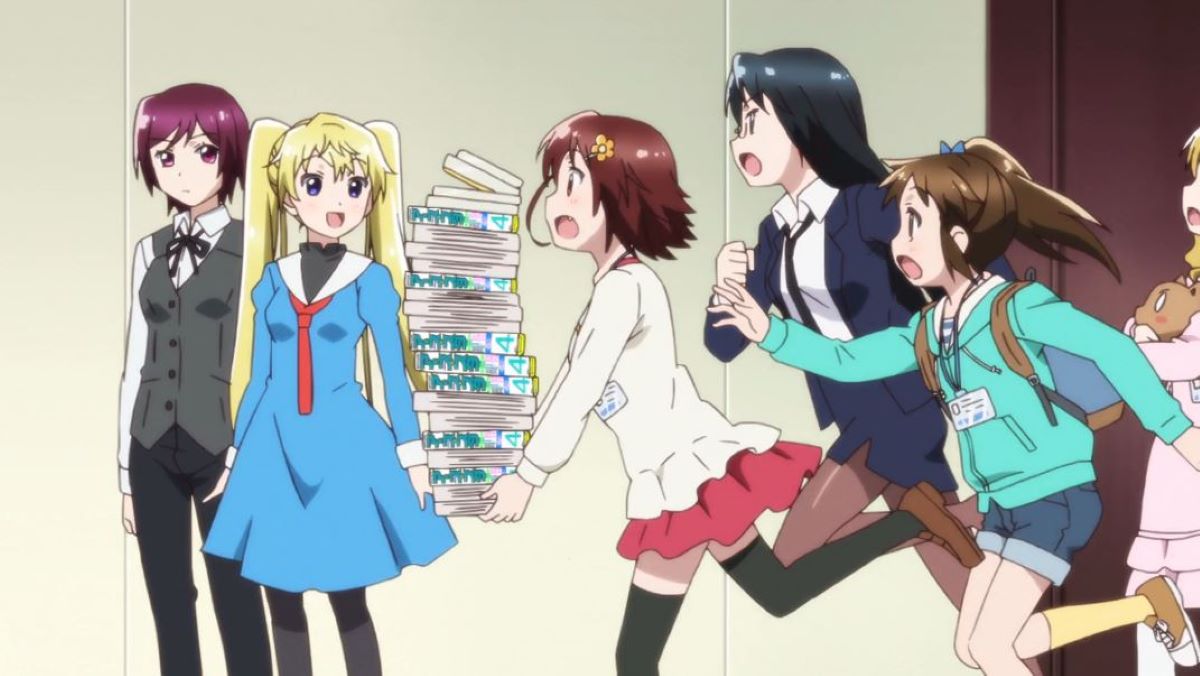 Anime is a wonderfully broad and diverse medium that includes a whole range of genres. Some of these may be unknown to the uninitiated, so here is an article to help! See below for the definitions of some common words used to describe genres and demographics in anime and manga.

The harem genre gained popularity with the explosion of dating sim games. The genre focuses on one main protagonist and his relationships with at least three love interests. There are also reverse harems, with a female protagonist surrounded by handsome males. Games with a female lead can be referred to as otome. One of our favorite harems is The Quintessential Quintuplets; read more here!

Isekai is a genre that depicts a human character being reborn or transported to another world. They can have various themes, including computer games, parallel universes, and magical worlds. There is also reverse isekai, with beings from other worlds suddenly find themselves on Earth. For more on this fascinating genre, see this article.

Mecha refers to a science-fiction genre that contains giant robots piloted by people. These robots are often humanoid in appearance, but not always. It has a surprisingly long history, Astro Boy (1952) having a significant influence on this genre. Gundam is possibly the most famous mecha anime franchise, with other well-known series including Neon Genesis Evangelion and Macross.

Can be written as shōnen or shounen and describes anime and manga aimed at teenage boys (usually between 12 and 18). Shonen contains a range of genres and topics and is enjoyed by various groups of people, not just young males. The protagonists are primarily male, but not necessarily.

Shojo is the female equivalent of shonen. It can also be spelled as shōjo or shoujo. Many shojo magazines (such as Ciao and Ribon) are aimed at a slightly younger readership than shonen, at around 8 - 14 years old, but the demographic of shojo extends to the age of 18. It is often characterized by the trademark wide-eyed art style, with cute details such as flowers used a lot.

Josei covers manga aimed at adult women, usually around the ages of 18 to 45. As it is for an older audience, it often uses kanji, the most complex of the Japanese writing systems. Josei tends to be more realistic than the often hopelessly idealized romance shown in shojo manga. Josei series that have found popularity in recent times include Chihayafuru, Aggretsuko, and My Lesbian Experience with Loneliness.

Yaoi is also known as boys’ love or BL and shows homoerotic relationships between male characters. It is generally written by and aimed at women, so can show gay romance in an incredibly idealized light. The genre known as bara is aimed at gay men and approaches subjects such as the reality of LGBT issues in modern Japan.

Yokai (can be written as yōkai or youkai) is a general term for spirits, demons, or monsters from Japanese folklore. There are many different types and depictions of yokai; some references date back to as far as the first century. Sometimes yokai are linked to local gods and shrines, and tales are often region-specific. It can also be used as a term to describe a genre of anime containing folklore themes. For more, see this article about oni or this one focussing on tengu.

Yuri (literally translating to ‘lily’) is a genre of Japanese media also known as girls’ love. Depicting or referring to lesbian characters, yuri can range from unsure glances to more explicit sex scenes and from simple fun and comedy to in-depth commentary on modern lesbian relationships.