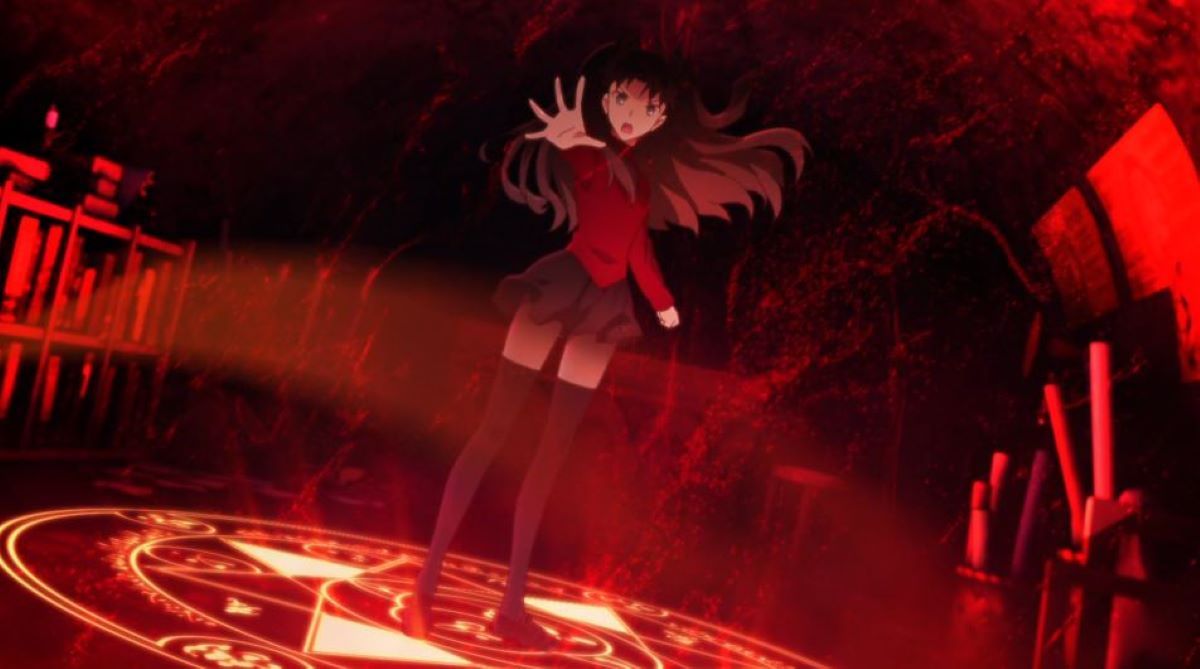 For the second installment in the anime definitions series, here are terms to do with characters. Get ready to learn tropes, characteristics, and styles!

Absolute Territory, or Zettai Ryōiki, is a mini skirt with thigh-high socks, leaving a small gap of skin. The term first appeared in the anime Neon Genesis Evangelion. The term Zettai Kyōfu Ryōiki was used for a defensive energy field and was described as a ‘holy area no one can intrude upon’. This was translated in English as the ‘A. T Field’.

The idea of ‘holy area no one can intrude upon’ morphed into the thigh showing between skirt and socks through fan art of anime girls on various platforms.

The ahoge is the single strand of hair sticking out from the head. Sometimes they seem to have a life of their own and can express the emotions of the character. It often denotes a scatterbrain and is sometimes known as ‘idiot hair’.

Gyaru is literally the Japanese pronunciation of the English slang word ‘gal’. It refers to young women who act in a charismatic manner and dress in a particular way. The fashion movement is partly a rebellion against traditional Japanese beauty standards. Make-up is bright and colorful and hair is usually dyed blond.

Clothes are flashy and skirts are short, but a lot of gyaru culture is about enjoying youth and having fun.

Kawaii literally means ‘easy to love’ or ‘lovable’ and is used to describe anything (toys, clothes, humans etc.) that is cute or adorable. Kawaii aesthetic is a big part of popular culture in Japan. Sanrio characters such as Hello Kitty embody kawaii culture.

The word moe originally meant to germinate or sprout, referring to a plant or flower. This meaning got morphed into meaning a cute young person who is in that phase of beauty just before the peak of their full growth. The character or person is cute, innocent and adorable.

A more specific kind of cute than kawaii, moe needs to elicit a feeling of protectiveness, it can’t be used just for any cute thing.

This is a cute feeling elicited from a contradiction. This can be a sudden or unexpected change in a person, or a revelation that doesn’t fit with the rest of their being. For example, a delinquent who secretly loves flowers. Tsunderes are good examples of characters that display gap moe.

Tsundere is an anime archetype describing a character with a polarized personality, sometimes described as cold on the outside and warm on the inside. They will often be temperamental or hostile at the beginning and gradually start to show a softer side. The word is a portmanteau of two phrases, tsun tsun, meaning ‘to turn away in disgust’ and dere dere, ‘to become affectionate’.

Tsundere characters can sometimes be spotted by their trademark twintail hairstyle and thigh-high stockings to show off their absolute territory. Famous tsunderes that cemented the archetype include Taiga from Toradora! and Rin from the Fate/stay night saga.

There are many -dere anime archetypes, including yandere (violent and over-possessive about their love interest, pictured above) and himedere (princess complex, you can read more here.

Probably the most iconic anime hairstyle, twintails are two ponytails on either side of the head. It is often sported by tsunderes, but many other characters have this hairstyle too, as it is so aesthetically pleasing due to the symmetry. For more on anime hair, see this blog post.

We hope you are finding these definitions helpful in your otaku endeavors! Next up in the definitions series is explanations of anime and manga genres.

Music anime is a wide and amazing genre, everyone will find something they like! Here’s some recommendations.