Coming of Age Day in Japan 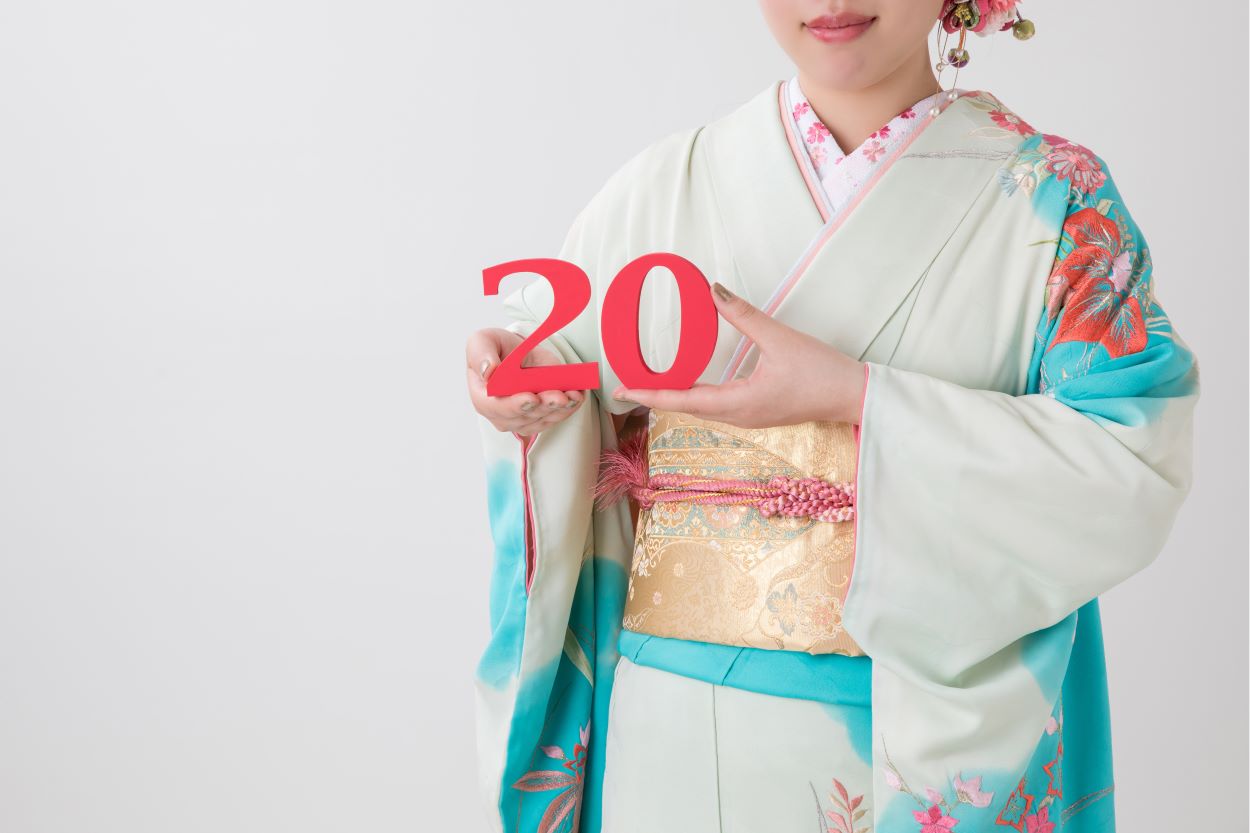 Coming of Age Day is a Japanese national holiday celebrated in honor of young adults who turned 20 years old during the previous year. It is held every year on the second Monday of January, this year falling on January 11th.

The day is generally marked by a coming of age ceremony, with city officials in Japan holding a ceremony for the new adults to welcome them into adulthood. The local government usually holds the ceremony known as Seijin Shiki, at which 20-year-olds are welcomed into adult life.

These ceremonies can be held in school auditoriums, city halls, or even other destinations, such as Tokyo Disneyland! Families often take the opportunity to celebrate together, and it is also a good opportunity for a reunion with school friends.

Traditionally, women wear a type of kimono called a furisode. These are different from other kimono types with their long swinging sleeves that hang down, sometimes as long as 114cm. The furisode was originally worn by children of both genders but became worn only by young women during the 20th century.

Now, Coming of Age Day is likely to be the only day a young woman will ever wear a furisode, and they are often rented specially for this special day. They are decorated lavishly and are generally brightly colored as they are still seen as a symbol of youth.

Furisodes are made from silk and are worn with an underkimono and tied with an obi (kimono belt) set above the hips. A fur stole is often also worn, and a special hairstyle with ornaments to compliment the furisode are often added, sometimes at a salon.

As it is a complicated outfit to arrange, most young women will need their relatives or even a professional to help them dress in the furisode.

Young men can wear hakama, a traditional type of pants that are worn over a kimono. This outfit is usually black and white or occasionally grey, but the majority of men choose a formal Western-style suit for their Coming of Age Day.

The legal age of adulthood is twenty years old in Japan. This is when people are recognized as an adult and can then buy alcohol and cigarettes and vote in elections. Interestingly the age people can get married has been lower than 20, 18 for men and 16 for women.

Also once married, even if not officially considered adults, young newlyweds are often viewed as adults by their family and peers.

In 2022 many legal changes are due to come into force in Japan, the voting age is being lowered to 18 to align with many other countries around the world, and the age of legal marriage is being set to 18 for both sexes. The legal drinking and smoking age is remaining at 20.

There is some confusion around when Coming of Age ceremonies will be held after these changes come into force. The numbers of 20-year-olds attending the ceremonies have been on a steady decline for decades.

The declining birth rate in Japan has meant that there is a shrinking percentage of young people. But attendance at ceremonies has now dropped to 50% of the potential burdening adults. This could be for various reasons; the high cost of kimono rental is a big part.

But there is a general feeling that many do not feel themselves to be adults yet, and so do not wish to attend. This decline has caused concern with the kimono rental industry, Coming of Age Day making up a lot of their business.

This year, many ceremonies went ahead with extra safety measures, such as temperature checks and all those involved wearing masks. Still, attendance is likely to have dropped considerably with concerns of spreading coronavirus.