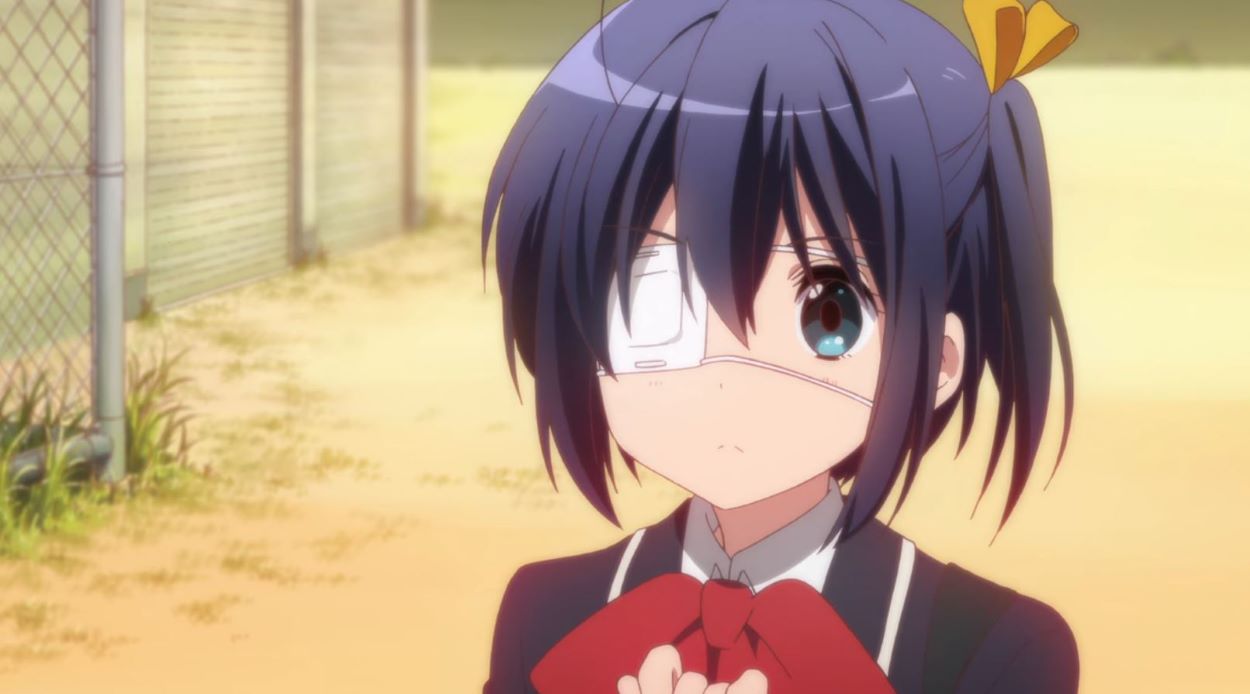 Chuunibyou, often translated as Eighth Grade Syndrome, is an almost uniquely Japanese phenomenon. Occurring during middle school, and particularly the second of the three years (the equivalent of eighth grade in the US), it is a term used to describe children that suddenly show delusional behaviour.

This is often the belief they hold supernatural powers, although not always, but this is the type that most characters in anime with chuunibyou display.

Young teenagers around the age of thirteen acting in what may seem a very odd manner is not a new or uniquely Japanese occurrence.

The beginning of adolescence brings about all kinds of mental and physical changes which can manifest in all kinds of behaviour that is baffling to the rest of the population the world over. The main difference is with a Japanese word coined for the delusions, it is now becoming a trope.

The word was first used by Hikaru Ijuin on his radio programme in 1999, but he used it as a more general term for any strange pre-pubescent behaviour and thinking. The internet ran with the word, morphing it into the more specific term of delusional behaviour around the age of 13.

Now with it fully in the popular consciousness, hitting critical mass with the anime Love, Chunibyo and Other Delusions!

The main type of chuunibyou discussed in anime is that of supernatural powers, often with the sufferer believing they have a magic eye or evil hand, and these must be bound so the immense power they possess isn’t unleashed on an unsuspecting public.

They may also suffer physical pain from keeping their power under control. A more common type of delusion in reality is pretending to be a delinquent or a goth, without actually knowing anything of these pursuits.

Biologically speaking, adolescence is unnecessary. The body is mostly grown into adulthood, but humans need an extended time of puberty for more social reasons. Our language and societal rules being so complex, we need much longer to grow fully, mentally, into the role of an adult.

This is partly why teenage behaviour can be just so baffling to the rest of us, even psychiatric professionals being confused by it on occasions. With such a confusing time in a young person’s life, indulging in a little delusion, especially concerning their own power and importance in the world, is natural.

Many cite chuunibyou as simply a cry for attention, and in some cases it may be. But attention seeking is never a simple ordeal. The time at which chuunibyou usually manifests is a clue here, the second year of middle school being a bit of a break in the enormous pressure that is the Japanese school system.

Elementary school starts from the age of six and lasts for six years, then children take entrance exams to enter a middle school. This is seen as the first step on the ladder of a child’s more formal education, with a place at a good middle school hopefully leading to prestigious high school and then university.

Immense pressure can be exerted on children to do well, with many going to cram schools or gaining private tutelage for the entrance exams. Even though middle school is compulsory, many institutions are fee-paying, with school costs increasing in metropolitan areas.

Knowing your parents are under financial pressure, isn’t going to help with the swirling vortex that is early adolescence.

High school is not compulsory, but the majority attend. School fees can be vast for high school, and the pressure for entrance exams even worse.

The second year of middle school can be a bit of a break, the child has settled into their new school, but the full pressure of the next exam round is yet to fully be realised. A great time to indulge in a little teenage oddity.

Growing Out of It

Chuunibyou is not only displayed by those in eighth grade, but the majority of sufferers grow out of it. This may be because of pressure to do well at school, or as they fully become teenagers they are likely to feel the need to fit in more instead of stand out.

Many become terribly embarrassed by the memories of what they thought and how they acted. A great example of this is in Oreshura, Masuzu successfully blackmailing Eita as she has his middle school diary full of his delusions.

Anime provides us with many examples of those who do not grow out of it, but these are mostly played for comedy, such as Kaido in The Disastrous Life of Saiki K.

All of us behave oddly at one time or another, and for various reasons, especially in our teens. Chuunibyou is just an extreme example of this. Various other examples of such extreme reactions to adolescence are found around the world, such as Resignation Syndrome in Sweden - https://www.bbc.co.uk/news/magazine-41748485