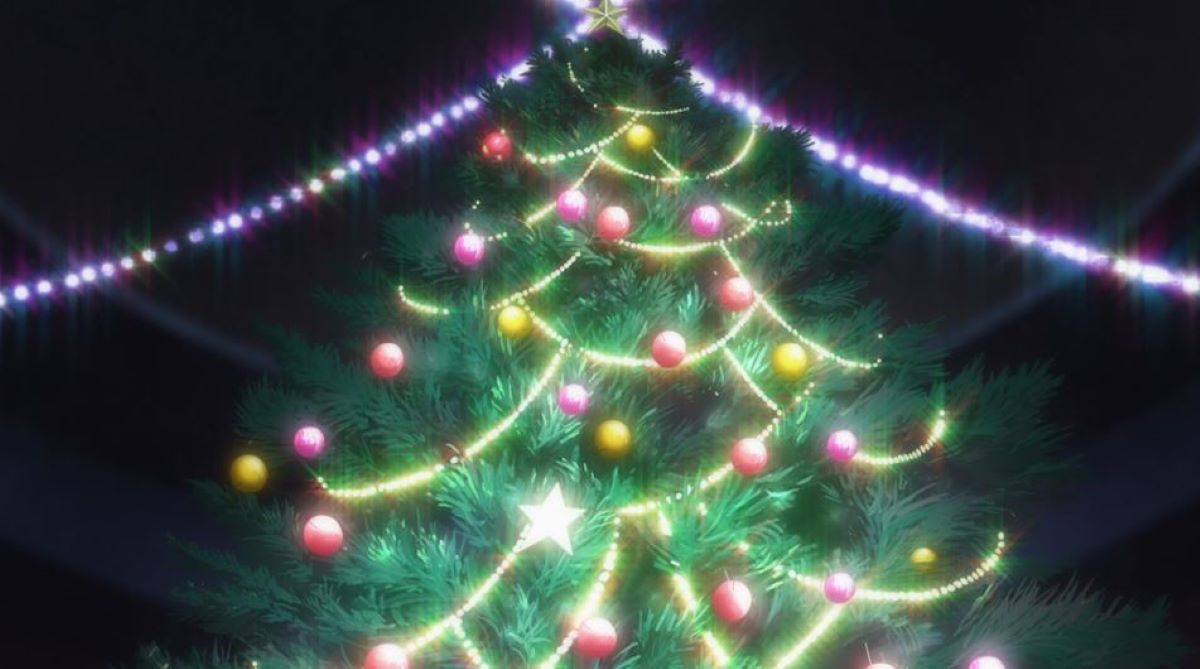 Christmas is fast approaching, get in the festive mood with some Christmas anime! Here are some special episodes to brighten even the strangest of holidays this year.

The gang is planning on having a Christmas Eve party, but Yu makes the mistake of inviting all the girls individually, making them all think he is asking them out on a Christmas Eve date! So as you can imagine, plans to not go exactly smoothly. We also get treated to the sight of a kickboxing Santa!

Aggretsuko - We Wish you a Merry Christmas

Aggretsuko has a special Christmas episode sandwiched between the events of seasons 1 and 2. Retsuko has left it rather late to make any plans, and finds all her friends already have dates lined up for Christmas Eve.

Facing the prospect of the romantic winter night alone, she uses all her social media photo skills to mock up a scene, leading to her posting a slightly suspicious photo online. Hida is at first appalled at the thought of Retsuko on a Christmas date, but then realises the truth of what's going on.

On the island created to house the school with the aim of helping the gods learn about humanity, time is not a linear thing. Suddenly it’s Christmas, and to celebrate the students are holding a Christmas market.

Put into groups according to mythology, Yui is with Takeru and Tsukito, much to Balder’s dismay. When Balder’s emotions get the better of him, we learn his true power. Loki manages to diffuse the situation and explains their close relationship with stories of their past.

In this landmark anime from the late 90s, episode 35 is full of cute festive motifs. All the main characters are brought together on a trip to an amusement park.

Contains elements of the main plot line, but is totally fine to watch as a stand alone just for the usual fuzzy themes of finding gifts, and enjoying special times with friends. There’s even a small mystery thrown in!

The world is possibly ending, but there’s still time for a Christmas party! The girls all dress up in Santa outfits, eat pizza and sing karaoke, with Yuta reluctantly joining in dressed as Rudolph.

The fun is rather overshadowed by the prospect that Yuta only has until New Years Eve to change the fate of the world. Some mysteries are solved in this episode, but mostly things only get more strange. But the gang proves Christmas can still be fun despite all this!

Not a warm and fuzzy Christmas episode by any means, but quite an interesting take on holiday themes. In the nightmare that is the game Sword Art Online, we do get to see some nice Christmas scenes with a large fir tree and a beautifully lit market, but danger is always around the corner.

Get ready for much of your childhood imaginings to be ruined in one fell swoop with the monstrous santa-like boss, Nicholas the Renegade. If you’ve been having trouble with Kirito’s personality up to this point, this episode reveals his humanity and vulnerability, setting in motion much of what is to come.

On the surface a light and romantic high school based slice of life, this anime has a surprising amount going on beneath the surface. Episode 9 gives us highs and lows, with hearts finally being revealed. Mishima and Miharu have become aware of Honda and Mami’s feelings for each other, so try to throw a Christmas party to help them along.

Both of them are handling pressures from their family and dealing with it in different ways. Fairly tense for a holiday episode, but highlights social and family issues that are often bought to a head at this time of year.

In the immensity that is the Gintama archive, there are several holiday themed episodes. If you feel like some Christmas-themed silliness to brighten your day, this is definitely the one to go for. Several episodes have a festive feel including 37, 137, 200-201 and 249. The gang meets Santa a couple of times, and even ponders the meaning of gift giving.