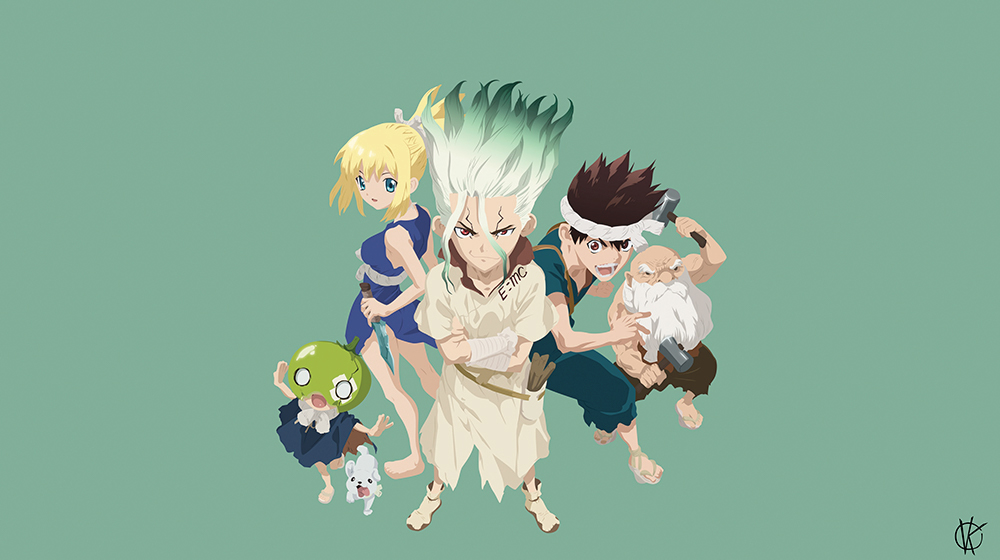 Besides the significant success of Dr.Stone, a closer look at behind the scenes also raises curiosity for many viewers.

An anime series entitled Dr.Stone has captured a lot of attention, ever since it was first released in 2017 in Weekly Shonen Jump.

In September 2019, Crunchyroll released a video that gave anime fans a closer look at the creation process of Dr.Stone from the speech of creative producer, Shusuke Katagiri, and director, Shinya Lino.

Let's take a look at it through some of the more memorable quotes from Dr.Stone!

"I'm going to use the power of science to rescue every single person." – Senku Ishigami

Dr.Stone is an anime series about the hero Senku who manages to rebuild the long-gone civilization, in which everybody is turned to stone.

In the video, Shinya Lino shared that the theme is one of the more exciting parts that amuses him personally. With the story setting that happens in the distant futuristic world, the theme is deeply connected to science, an unusual concept that audiences can find in Shonen manga.

Shinya said: "The first thing I'm concerned about is how the townscape and all the backgrounds will look like in the future." As a result, Dr.Stone's production team had to sift through the manga and concluded that some original materials would need changing to fit the context better, but still be adaptable to the original version.

"There's nothing you can't do if you try." – Senku Ishigami

Producing anime requires much tremendous effort and implementation. Before making the first move, the direction team had to pay close attention in recruiting the appropriate staff. They wanted to work with young talented individuals to gain a fresh look for the project while ensuring the quality and standards of the finished product remain consistently high.

Shinya Lino is the one who checks on every finished component, from the drawings to the sound effects and even the budget management.

"All I can do is improvise one step at a time." – Senku Ishigami

The very first step to produce an anime is to come up with a project outline to create storyboards, which requires a comprehensive study of the original manga. Then, the animation team will make the characters' designs. Those designs should include all characters' expressions.

In creating Senku's face, Shinya Lino shared that he had pushed himself to the limit while trying to create the expressions of Senku and other characters to match each other.

As this series has many settings, Dr.Stone's production team held numerous meetings in order to make the specific background drawings. These backgrounds were created to provide audiences a complete picture of the futuristic world, and the characters have to be properly proportionate to them.

To guide animators, Shinya sketches storyboards with notes on how he wants the shot to be or the aim of the direction of the camera. For example, some specific scenes don't need much dialogue, but rather focus on the background music.

One anime episode usually consists of more than 300 shots and involves about 20 animators. Each shot first comes with the rough drawings, or layouts, based on the storyboards, which tell which character is presented, how they move, and what backdrop is behind them.

The director will then check these layouts and send them back to the animation team in green sheets. When all green sheets are brought together, they create the shot composition, which is also called the key animation. After completing the inking, coloring, and all background details are complete, the end result is called animation.

In the sound making process, Dr.Stone's team used the sounds of everyday objects so that the end result would come out more lively.

"10 kilometers is nothing. I'll swim the whole way, fully clothed if I have to." – Byakuya Ishigami

For Shusuke Katagiri, it's only Dr.Stone that takes a long time to make. Real happiness is when anime gives the audience a vivid feeling of the world, with characters moving in perfectly beautiful backgrounds.

Although Dr.Stone is an anime series, the animation team always tried their best to make it real and authentic, as it happens in an actual environment.

Are you being persuaded by this glimpse behind the scenes? Dr.Stone is undoubtedly an amazing anime series with fantastic artwork. Whether you're a fan of science or not, you will be amused by this truly extraordinary story.

Some anime is so good that it makes you forget...