Anime Shorts to Make You Smile 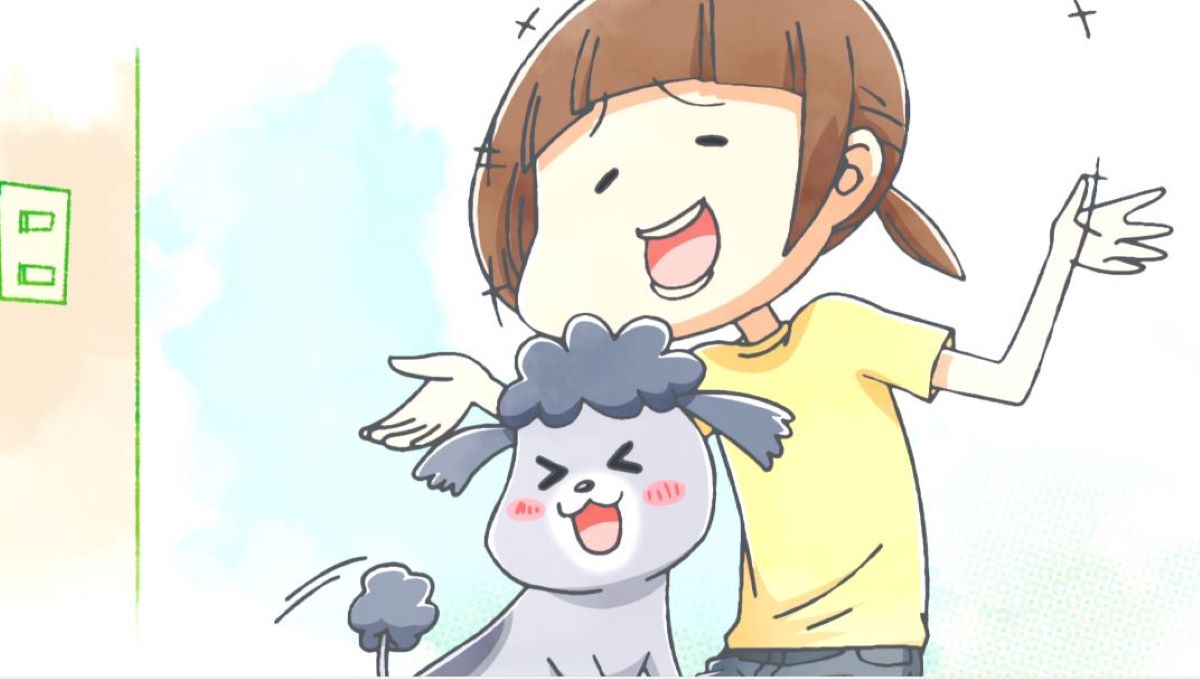 Anime is immersive and can deal with a whole range of issues, and brings new perspectives. But, sometimes, what is needed is something to cheer you up. Luckily, anime excels in this area, too, with plenty of shows that are just simple fun. Here are some recommendations of short anime that will quickly put a smile on your face.

Each episode is 12 minutes of pure fun. Muco is a playful Shiba Ibu living with her owner Komatsu who she is hopelessly in love with. He is a glassblower and former baseball player, so these details get rather interesting, but mainly the story revolves around Muco’s amusing exploits. She’s fascinated by tissues and loves to chew up her blanket. It’s also a good anime to watch for learning some Japanese, as a lot of Muco’s thoughts are written out on the screen in hiragana, the simplest of the Japanese writing systems.

A show about the emotions of a group of high schoolers: it’s not all plain sailing, but the general feeling is that of wholesome youth. Each episode follows the up and downs of several couples and is wrapped up in less than 13 minutes.

Drawn in an effortlessly cute style without being over the top, this series manages to be sweet even while touching on some important issues.

Incredibly weird, but incredibly heartwarming too. Based on a four-panel manga (thus explaining the lack of background information and the shortness of the episodes, clocking in at only 3 minutes each), this anime has some charming and fluffy characters. Several high school boys have been chosen to marry various monsters.

Tomori Hinowa registers his marriage to the large and mysterious creature called Kanenogi, and surprisingly their life together is extremely happy!

Hige, a middle-aged salaryman, has one weakness - marshmallows! Wakabayashi, a lady from his office with a bit of a thing for him, has a plan. To make him notice her using marshmallows! Their budding relationship is very sweet and delivered in episodes of less than 4 minutes, along with a very quick cookery session at the end!

Small chunks of wholesome, this cute married couple will definitely bring a smile to your face. In each episode of 3 minutes, we learn about a different alcoholic drink and get to see a brief glimpse into the life of office lady Chi-chan and her unflappable bartender/ househusband Sora.

Chi-chan can’t drink in public as her reaction to alcohol is to literally let her hair down and act entirely different from her usual self!

Space Patrol Luluco is 8 minutes of bizarre. Perfect if you need to zone out with some fantastic color and crazy space suits, although the short run time is hardly enough to explain the strange universe Luluco is immersed in. Her father has suddenly been frozen, and she is being sent off on adventures by the Space Patrol, all while doing all those things normal middle school girls so such as dreaming of romance.

With some fun crossovers with Little Witch Academia, it’s a feast for the eyes.

Little slivers of sparkly deliciousness, this anime is about a school for budding pastry chefs. Undeniably cute and with flashy poses you wouldn’t think would be needed for cooking, there’s lots of fun around the serious business of top-level cuisine. There are some more significant storylines over the 24 episodes, but if what is needed is some cute characters and amazing-looking food, this anime really fits the bill.

With a Dog AND a Cat, Every Day is Fun

This is an autobiographical anime about all the hilarious things that happen to a pet owner with both a cat and a dog. Hidekichi Matsumoto’s life revolves around her constantly energetic and loving dog and her grumpy (and occasionally devious) cat. Each episode is less than 2 minutes, and each is guaranteed to lift the worst of moods.

Get to grips with anime facial expression tropes that every...