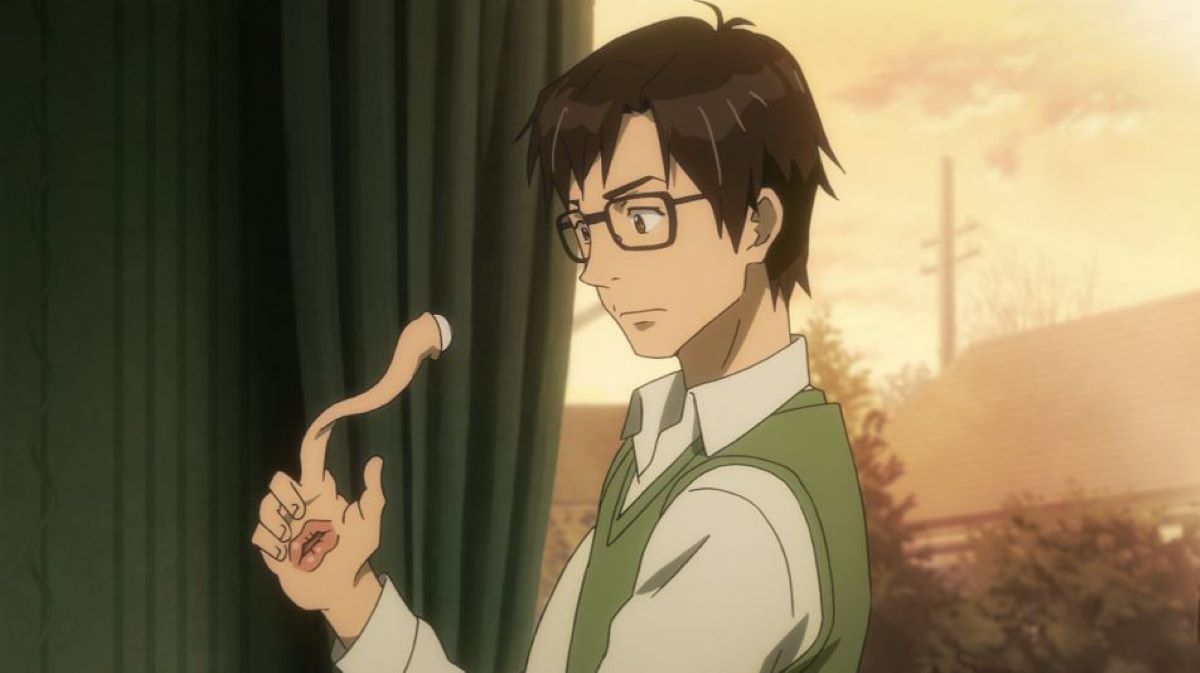 Halloween isn’t particularly celebrated in Japan, so sadly it is very uncommon for anime to contain a special Halloween episode like they often do for Valentine’s Day or Christmas. Even without specific Halloween references, there is still plenty spooky fodder for you to enjoy if you feel like something a little different from your usual horror movies this Halloween.

Occult themes appear in many anime, as Japan has a rich culture of fortune telling and many legends of spirits. Set at the tail end of the 1990s Occult Academy brings together a lot of these themes. Many strange phenomena occur near Mount Minakami in Nagano prefecture, as at the summit is the Occult Academy. The anime includes summoning, prophecies, yokai and lots of creepy happenings.

Spooky anime shorts drawn in an unique style to mimic the Kamishibai style of storytelling. This was a form of street theatre which used hand-drawn images placed inside a display that often looked like a miniature theatre. There are traditional tales mixed with urban legends, and it is animated in such a way to send a chill down your spine. This show delves into all those playground rumours and finds the scary phantoms at their roots.

Great if you want a quick scare, and there are seven seasons of the anime and a live action series if you really enjoy it.

Even though the title may make you think it’s a spin-off from Love Live! franchise, this definitely isn't a lighthearted musical anime. Four girls have formed the School Life Club, and sleep, eat and spend all their time at school. They even have a pet dog and go on field trips. But what lurks beneath their peaceful everyday life of cooking, gardening and reading?

It is very well framed to keep the threats hidden for as long as possible, but there’s deep psychological issues and a massive physical threat at the heart of this anime.

A classic horror anime with a plot straight from nightmares. Worm shaped parasites come to earth in search of hosts, and enter the brains of humans through the nose or mouth. High school student Shinichi Izumi managed to foil the attempt of the parasite trying to enter his nose as he wakes up, so it burrows into his hand instead, leaving his brain unharmed.

So now Shinichi and the parasite (named Migi) both inhabit the same body. Together they need to defeat other parasites as they are considered a threat, so form an alliance which evolves into an unlikely bond.

Set in New York City, a rift has opened up from another dimension. Humans and all kinds of different creatures are forced to live together trapped in an impenetrable bubble. Some humans gain supernatural abilities, and they are tasked with keeping order in what is now known as Hellsalem’s Lot.

Plenty of monsters and even classic horror plots appear, perfect for Halloween with many fun and comedic moments mixed in.

We Love This Super Realistic Attack on Titan Cosplay

Have a look at these Attack on Titan cosplays...