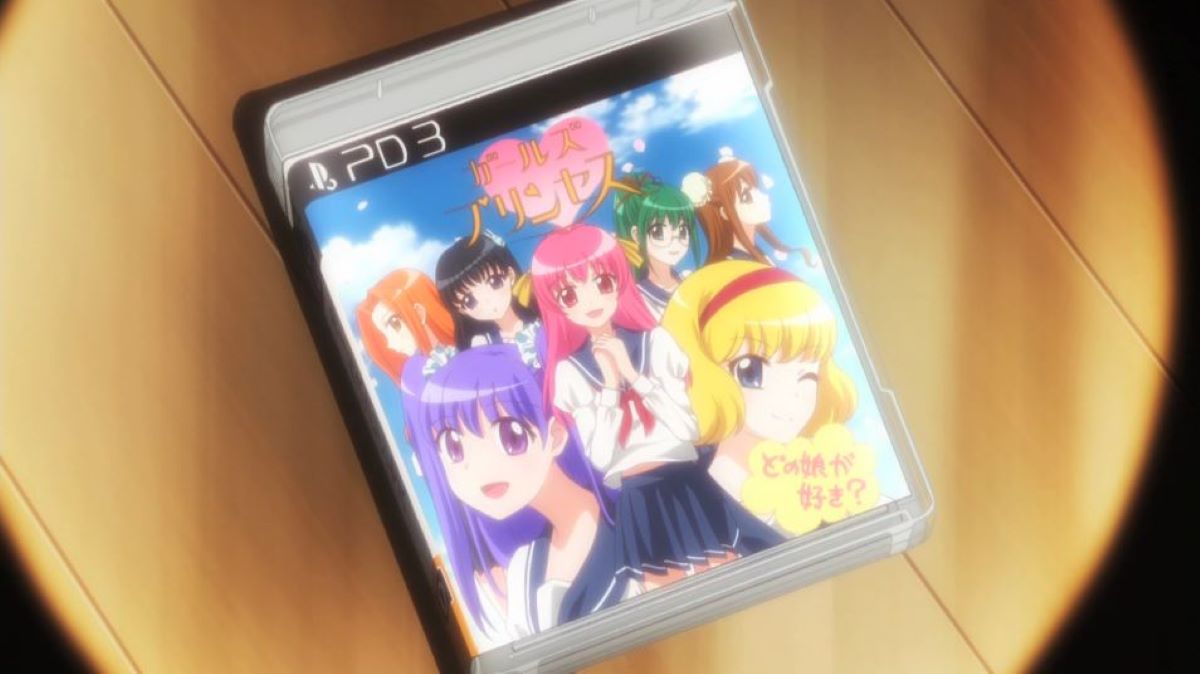 Visual Novel games make up a huge amount of the computer game market in Japan (up to 70%), but they are not really played in Europe and the US. However, with many anime based on these story-like games, it’s no wonder why otakus might be curious as to what they actually are.

Here is a short guide to visual novel games.

Visual novel games (sometimes shortened to VNs) and interactive fiction video games. They are generally text-based, told in a narrative style with accompanying visuals and often video cut scenes. Much of the gameplay is scrolling through text (or most have an auto scroll option).

The player advances the story by choosing options for speech or actions, taking the protagonist on an individual route and leading to a different ending depending on the path taken.

Due to the nature of the games, the focus is usually on the characters and plot, so many VNs have been adapted into anime series.

Dating sim games are a big part of the visual novel genre, allowing the player to experience the same location and general set up but with a different character as your focus.

Many anime are based on dating sim games, they are fairly easy to recognise as they will be a harem, and every episode will often focus on a different character and their interaction with the protagonist, following the action of the gameplay.

As many endings are possible in the game with each character depending on the choices made by the player, just one will be shown in the anime, often with added scenes to make the story run more smoothly.

If you are interested in dating sim games, give Saekano -How to Raise a Boring Girlfriend- a watch, as the main plot is about creating a visual novel game, and it shows all the details of putting it together really well.

Mikoshiba from Monthly Girls’ Nozaki-kun is obsessed with dating sim games, in episode 4 he explains the concept to Nozaki with hilarious consequences.

Some VN games use the format to add puzzles or to solve mysteries. The Ace Attorney series is probably the best known for this. Puzzles can be easily slotted into the gameplay, especially if the answers are presented as multiple choice, so can be part of the normal game options.

Something a Little Different?

Angels of Death is a horror game made in the RPG maker, and somehow manages to be scary even with limited graphics. The characters were generally thought of as the best thing about the game, and they were vividly brought to life in the anime, with the much more impressive visuals available.

Expect a fair amount of gore, but the suspense and story are amazing. Unlike any other visual novel game.

Sadly, as the text is such an important part of the game-play of visual novels, the language barrier is a big deal for the non-Japanese speaking otaku. Luckily, English language VNs are increasingly becoming available, especially as Steam games or on tablets, and even being translated for consoles.

In this blog, we will count down our top 4 favorites that game producers should start making into video games.